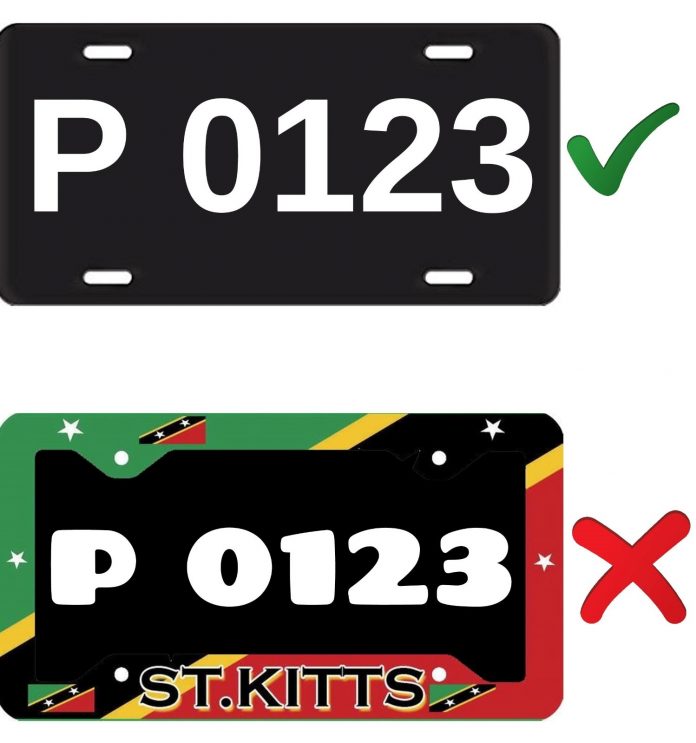 An amnesty period granted by the Traffic Department for motorists to get their license plates corrected comes to an end Saturday, Oct. 5.

The department made the decision to institute a license plate amnesty from Sept. 1 to Oct. 5 due to an increase in the number of vehicles with registration plates that did not conform to the regulations. The amnesty period was implemented to give those in violation a grace period to have them corrected.

Sergeant Sophia Henry said that the use of illegal plates not only violated the law, but made it difficult for law enforcement and other road users to identify a vehicle by its registration number, adding this may result in a vehicle leaving the scene of a crime or traffic accident unidentified.

“As part of our responsibility to protect all road users, the traffic department is appealing to motorists and vehicle owners to ensure your plates conform to [the] regulation’s size. We are currently on a campaign which will give the vehicle owners an opportunity to correct the plate size,” she said while speaking on a recent ‘Policing With You’ programme.

The Sergeant explained the legal requirements for each plate stipulates that they must be rectangular and bear upon it the index mark of the letter “P”, “PA”, or “PB”, except in the case of public service vehicles, which the index mark shall be the letter “H”, “HA”, “R”, “RA”, “T”, “TA”, “G” or “GT”.

Additionally, all letters and figures must be white and the background of the plate must be a single solid colour, which is black except in the cases of omni-buses where it must be green, rentals red, taxis yellow, tour buses pink and government owned vehicles white.

She urged the public to familiarise itself with the full list of legal requirements for plates. According to the Vehicle and Roads Traffic Act, all letters and figures must be three-and-a-half inches high; every part of every letter and figure must be five-eighths of an inch broad; and the total width of the space taken by every letter or figure, except in the case of the figure 1, must be two-and-a-half inches.

The Sergeant said that while there is an amnesty for license plates, motorists will still be penalized for other traffic offences such as irregular tint, driving without a license and/or insurance and speeding.

“We are asking for [the] full support…of the public during this period and trust that persons will rectify any issue with their plates. These issues include broken number plates, faded or discoloured digits, or missing digits. For this amnesty period, please rectify all of these issues before Oct. 5. After this date, we will be ticketing you and the ticket fee will be $100,” said Sergeant Henry.