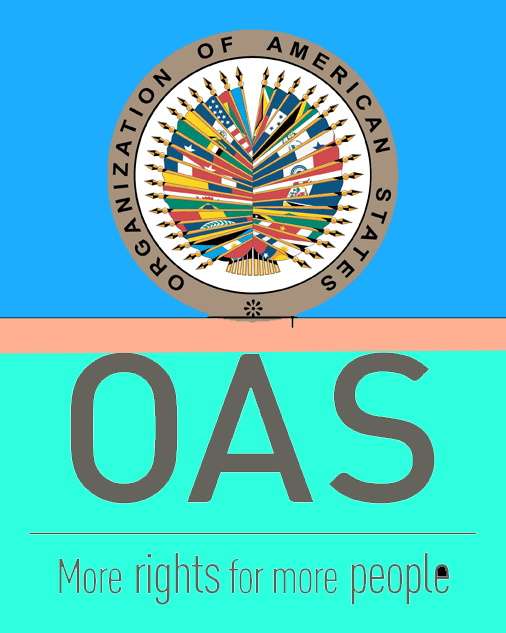 BRIDGETOWN, Barbados–October 21st, 2020–Continued dialogue between member states of the Organization of American States (OAS), having access and receiving the necessary resources both human and financial, are key to small island developing states (SIDS) building resiliency in times of crisis.

Minister of Foreign Affairs and Foreign Trade, Senator Dr. Jerome Walcott, underscored the importance of countries coming together in these times, stating that multilateralism remains the most effective system to address global threats.

He was delivering a statement virtually at the 50th Regular Session of the General Assembly of the OAS.

Minister of Foreign Affairs and Foreign Trade, Senator Jerome Walcott, delivers a statement on behalf of the Government at the 50th Regular Session of the OAS General Assembly.

“The Government of Barbados fully appreciates and embraces the principles of multilateralism. We believe that multilateralism remains even more critical at this stage. Our shared common interests and challenges underscore the belief that when we work together to create inclusive, secure, peaceful societies with equal opportunities for all, we are stronger in our unity,” Minister Walcott emphasized.

Under the theme, Facing the Challenges of COVID-19 in the Hemisphere: A Collaborative Approach to Addressing Vulnerabilities and Building Resilience in Times of Crisis Based on the Four Pillars of the OAS, Minister Walcott highlighted that these are “deeply troubling times” particularly for Small Island and Developing Nations (SIDS), who are trying to manage the pandemic amidst other issues, such as limited access to development finance, climate change and a very active hurricane season.

Dr. Walcott stated: “As small developing states, we are very concerned that this crisis (COVID-19) may be existential at worst, reversing much of our hard-won gains. This pandemic has blatantly exposed our inherent vulnerabilities, which are being exacerbated and undermined by this global health crisis….

“The situation remains grave for many developing low and middle-income countries.”

In further explaining the impact of the pandemic, Minister Walcott pointed out: “Despite our most valiant efforts, the crisis has and continues to strain our limited health infrastructure and to disrupt valuable supply chains. With travel and tourism at a standstill, many small states particularly small island developing states are facing acute economic crises and increased unsustainable debt.”

To assist with addressing vulnerabilities and building resilience, Dr. Walcott insisted that only with the support of multilateral partners can SIDS expand their limited fiscal space to secure more robust preparation for the reopening of economies, and to drive a green and smarter recovery.

In addition, he told the assembly: “When we speak of building resilience, this hemispheric body must also commit to assisting small states access to critical financing. The OAS, based on its four pillars, must bring together member states to discuss ideas, build consensus on policy positions and advocate on behalf of its constituents.”

Concluding his address to the OAS General Assembly, Minister Walcott declared: “One thing remains clear, the world as we know it is forever changed and this change continues to manifest itself in ways hitherto unheard of, and never before envisaged.

“Faced with a common external threat, as states, we are forced to look past our differences…reset and regroup, recalibrate, if we must. In recalibrating, our institutions too must be effective and efficient developing a resilience that serves the needs of its member states. To do otherwise is to secure its demise, rendering it obsolete.”