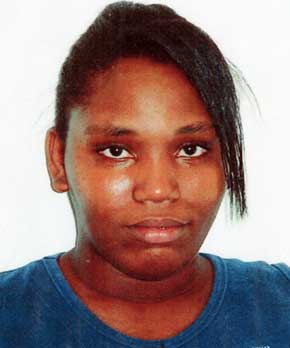 Charles La Place is not challenging the fact that he killed his wife. He said it was a moment of insanity.

La Place wanted to argue in court that he killed his wife without malice — he never meant for her to die.

On Monday La Place appeared in court to answer to the charges that on Feb. 12, 2004 he repeatedly stabbed to death his wife, Diana.

La Place attempted to plead guilty to manslaughter, and not guilty to murder.

Reginald James, his lawyer, argued that the judge has the power to refuse or accept the plea.

James hinted that his client could have been insane when he killed Diana. James went on to say that insanity could not be used as defense when one is charged with murder.

Justice Francis Belle who presided over the matter refused the manslaughter plea.

James then tried to argue for the trial to be held in another venue.

The judge, without hesitation, denied the request for a change of venue.

The courtroom erupted in laughter, when the judge ordered James to sit down, so that the trial could start.

Prosecuting the case was Dennis Merchant, Director of Public Prosecutions

His star witness on Monday was Natasha Phillip, who lived next door to La Place, and who witnessed the alleged murder.

She said she heard what sounded like Diana laughing. “Then I heard her say ‘Al, please stop,’ about three times said Phillip,” Phillip said in court.

Phillip continued that Diana then called out to her and said, “Tasha! Tasha! Please call the police.”

Phillip said she went outside and used her cell phone to call the police.

“She was crying out to me for help and I cried out to Al to stop,” said Phillip.

Phillip was said she was about ten feet away from Diana. She said a man came down the road and called out for Al to stop, then ran down the road to get help, all the while La Place was stabbing Diana.

One man in particular, Phillip said, came with a broomstick and struck La Place twice across the back with it.

La Place looked up and watched the man who had hit him “in a wicked way” and then turned back to Diana and continued stabbing her, Phillip said.

She said that La Place continued stabbing Diana, then got up, went into the house, and closed the door.

La Place she said, did not say anything throughout the whole ordeal.

That day testimony was also heard from the pathologist who performed the autopsy on the body of Diana La Place.

He said Diana had suffered deep lacerations, that is cuts, to her arms, both fore and back and her palms and fingers.

Some of the injuries he described as defensive or those someone might receive from trying to hold the blade of a knife.

He said that lacerations were also detected on her neck, some penetrating as far into her body as her bones and internal organs.

One wound on the neck Jones said had several correlating wounds giving it the appearance of a hole. It was 6.1cm in width and 4.1cm deep.

He spoke of a laceration below her left eye and above left eyebrow, a C shaped laceration on her chin, one on lower right cheek and forehead that penetrated the skin and went as far as just above the bone.

Dr. Jones testified that based on his findings Diana died as a result of stab wounds to the neck and chest with hemorrrhage and shock.

The injuries he said could have been caused by a single bladed object such as a knife.

On Tuesday LaPlace surprised the court when he declared that he was not comfortable continuing the case with barrister James representing him.

He explained to the court that he had not discussed the case with James and therefore was not confident with him defending him.

“I will prefer to get another lawyer,” La Place said.

Justice Belle revealed that LaPlace was previously represented by Dr. Henry Browne but had to be appointed another lawyer.

“It seems as though you are trying to delay the matter unnecessarily,” Belle said. “We cannot accommodate one lawyer holding up the court.”

He informed La Place that James had been doing a lot more than he thinks in representing him. In fact, he was doing a good job.

Justice Belle then allocated time for La Place to confer with James on the matter.

The trial resumed Wednesday morning at which time testimony was heard from five more witnesses.

LaPlace who agreed to continue with James representing him was on the spur given another lawyer, Mosi Stapleton who seemed to be apprenticing under James.