Located just over six miles from the province of Tuscany on the Italian mainland, the island of Elba has a fascinating history which, even today, few people know much about.
In comparison to its neighbouring islands of Corsica and Sardinia, Elba is barely noticeable on maps because of its small size. But it’s also ruggedly beautiful, relatively uncrowded, and easy for visitors to explore. And there’s much to see, from dramatic cliffs to tranquil green pastures, deciduous forests, isolated beaches, small harbours filled with private yachts of every size and shape, as well as five star rated luxury hotels like the Hermitage Hotel (no relation to its historical counterpart in Gingerland). For nature lovers, almost every turn on the road presents a photo op.
Yet, despite the island’s many natural attractions, few would dispute the fact that Elba’s major tourist draw is the man who, during the infancy of his military career,  was once called Le Petit Caporal (the small Corporal), and who, through sheer determination, forever changed the face of Europe’s history: Napoleon Bonaparte.
Born in Ajaccio, Corsica, in 1769, young Napoleon joined the military during the anti-monarchist French Revolution and rapidly rose through its ranks as an artillery commander. He was then promoted to the position of First Consul of the French Republic, a position which gave him almost unlimited powers to change the constitution following a coup d’etat on November 9th, 1799 , which he himself instigated.  In 1804, Napoleon finally received his ultimate recognition when he was formally crowned as Emperor of France by none other than Pope Pius VII at a ceremony in the historic cathedral of Notre Dame in Paris.
But, in the end, Napoleon’s ambitions didn’t come to fruition. His attempt to block France’s hereditary enemy, Great Britain, from accessing its colonies in India by invading Egypt resulted in a humiliating defeat by Admiral Horatio Nelson during the naval battle of the Nile on August 1st, 1798.

Then came the Battle of Trafalgar on October 5, 1805. In just five hours, the combined French and Spanish fleets were decimated by the British Navy. It was here where Horatio Nelson lost his life from being shot by a French sniper.

By this time, France had few friends and many enemies, including Britain, Prussia, Austria, and Russia. But this didn’t deter Napoleon from invading Russia in the spring of 1812. It turned out to be one of his biggest strategic mistakes. Not only did the Russian forces respond with unexpected ferocity, the French troops were ill prepared to withstand the onset of the Russian winter. Thousands of soldiers perished from starvation, disease, and bitter cold. For Napoleon’s forces, retreat soon became the only option. After yet another defeat for Napoleon’s forces at the Battle of Leipzig, the final curtain was drawn: the Treaty of Fontainebleau, signed on 11 April, 1814, whereby Napoleon agreed to surrender his title and be exiled to the island of Elba. On the same date, King Louis XVIII was formally restored to the French throne.
Nevertheless, Napoleon still benefited from some surprisingly generous conditions provided by his former adversaries. He could retain his title of Emperor, but only of the tiny island of Elba, which had a population of just 12,000 inhabitants. He would be given an ornate  palace  and several villas where he and his family, including his mother and sister, could continue to live in lavish comfort. He would even be allowed to have his personal servants, doctor, and a military guard of six hundred loyal soldiers- none of whom, needless to say, would be allowed to leave the island.
Even during his time in exile, and true to his nature, Napoleon still kept himself occupied. He ordered and personally oversaw numerous infrastructure projects, such as building new roads, draining marshes, boosting agriculture, building mines, transforming a church into Elba’s first theatre, as well as overhauling schools and the entire legal system. Even today, many Elbans commemorate him by holding a parade each year on the 5th of May, the date when he died in 1821 during his second exile on the isolated Atlantic island of St. Helena. There’s also a statue of him outside the Napoleonic Museum.
It was also during this period that some of the Emperor’s unusual personal habits came to light. He always carried a pouch of licorice flavored with aniseed which he’d sometimes take in the middle of a conversation. Snuff was another habit, although he never inhaled it. Napoleon hated the smell of fresh paint and would immediately move to another villa if he detected even the slightest odor. And just as was the case during his final years in St Helena, he was addicted to hot baths and would frequently remain in the tub for two hours or more. Undoubtedly, this was Napoleon’s way of unwinding from the effects of almost constant stress. At the same time, there’s little doubt that he’d also be thinking about his next move. In his own mind, it was his sacred duty to make France great again. (Sound familiar?)
Impatience and boredom weren’t long in coming. Napoleon also felt betrayed because, contrary to what had been promised, his former adversaries never provided him with financial support while in exile, which had been one of the treaty’s conditions. How could he continue paying his personal staff and soldiers?
The final straw came when Napoleon received a disturbing message through one of his own undercover agents in Paris: Britain and its allies were already making secret plans to transfer him to St Helena.
There was no time to lose. Napoleon began to assemble a fleet of ships which he would use to transport himself and his loyal followers back to France. After confiding his plans to his mother, she told him “Go, my son! Fulfill your destiny!”
In the early hours of February 26, 1815, under cover of darkness, Napoleon’s improvised fleet left Elba with 1,150 loyalists onboard. Napoleon himself sailed in the brig Inconstant, which he had ordered to be painted like a British vessel in order to confuse any lookouts from the Royal Navy or its allies as they approached France.
And it worked. Two days later, Napoleon and his followers landed on the Côte d’Azur and started their march to Paris, where they arrived just under a month later.  Along the way, Napoleon was welcomed as a hero, and many more supporters joined his caravan. Upon hearing of his arrival on the French mainland, the authorities in Paris went into a frenzy and immediately ordered the police to arrest him. But instead, when they arrived, every police officer knelt before him. They also revealed that the reigning monarch, Louis XVIII, was hugely unpopular with the French military and that almost all of the country’s population would welcome Napoleon with open arms because they believed that his return would bring back much needed stability to the country.
Napoleon and his entourage marched triumphantly into Paris on March 20, 1815, only days after Louis XVIII, who had been warned in advance of Napoleon’s imminent arrival, had fled to Belgium. Napoleon again installed himself as Emperor and quickly moved to suppress those whom he considered his remaining enemies.  The result was the Hundred Days War, which finally ended with the battle of Waterloo and France’s disastrous defeat by coalition forces under the Duke of Wellington.
As we say, the rest is history. And Le Petit Caporal  will forever be part of it. 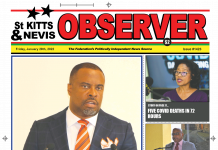 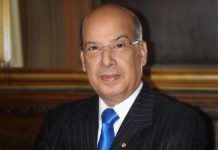