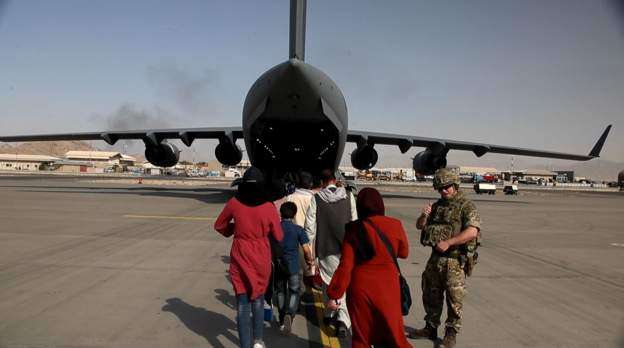 BBC- The Taliban is being urged to “facilitate safe passage” for Afghans wishing to leave after 31 August, either through the airports or via land borders, UK Armed Forces Minister James Heappey says.’

He said neighbouring countries and the international community are “putting pressure on the Taliban to not close their borders and to not deny Afghans who are fearful for their lives the opportunity to leave the country”.

Heappey said he was hopeful the Taliban would agree to this because “they don’t want to be an international pariah. They have a network internationally, they have people around the region with whom they have relationships.

“It feels to me as if they would want to have that connectivity from Kabul. Now the key issue is how they control access for the average Aghan to the airport and to flights.”

There are currently no details about the terrorist threat which has prompted Western countries to warn people away from Kabul international airport. However, in the past few days, there have been persistent reports that that the so called Islamic State Khorasan Province are believed to have infiltrated Kabul.

Islamic State group operates in Afghanistan under the name of Khorasan Province (ISKP).