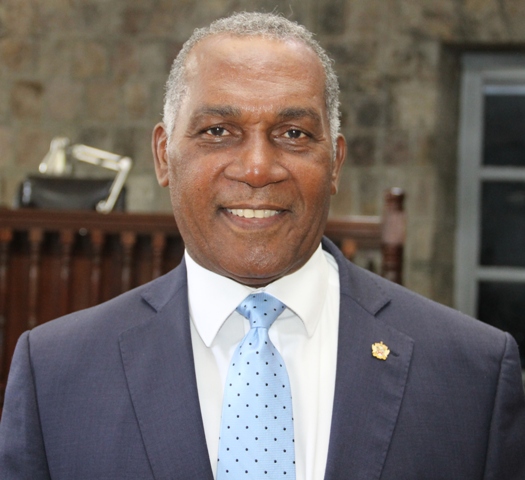 Photos: The Hon. Vance Amory, the premier of Nevis and minister of education in the Nevis Island Administration, and ongoing work at the Gingerland Secondary School and at the Charlestown Secondary School

CHARLESTOWN, Nevis – The following is a statement from the Honourable Vance Amory, the premier of Nevis and minister of education in the Nevis Island Administration, dated Sept. 1, regarding the reopenings of three schools:

We are all aware that at the end of the last school term, the government took a decision to renovate all of the schools in Nevis and to do major work especially on the two high schools.

Today, I am speaking to you because the work on the two high schools particularly is not completed. However, we have instructed the contractors that they need to expedite the work.

On Wednesday of this week, Aug. 30, a meeting was convened at the Ministry of Education to discuss the opening of the two secondary schools and the Gingerland Preschool.

In attendance were Permanent Secretary Kevin Barrett and Raoul Pemberton, director of Public Works, who has oversight of the ongoing projects at all of the schools, but primarily the two secondary schools. There was also in attendance at the meeting Denzil Stanley, an engineer attached to the Ministry of Communications. We had also Principal Education Officer Palsy Wilkin and the heads of the two high schools, newly appointed Juan Williams of the Charlestown Secondary School and Lineth Williams of the Gingerland Secondary School.

In that meeting, Mr. Barret and Mr. Pemberton spoke with Mr. Stanley, who gave an assessment of the schools projects and it was decided that the state of the work at this time did not warrant that the schools could reopen on Monday the 4th.

After some deliberation regarding the safety of the schools as far as our students and our staffs were concerned, it was decided that we will delay the opening of the two secondary schools.

However, staff members and other support staff are expected to report for duty to both secondary schools on Monday, Sept. 4. The principals at the schools will give instructions at that time.

It is, however, important to note that with that weeks’ delay, when the students report to school on the 11th, that they should have their time tables and they should be ready for work at the same time.

A great amount of resources has been expended in getting the schools repaired, renovated, rehabilitated because we are satisfied and clearly it’s important for us to have the conditions under which the children attend school that they are comfortable and that the teachers also feel comfortable and it is part of our theme this year, “Investing in Quality Education: Empowering the Nation.”

The contractors, as I have said, have been given firm instructions to ensure that the work for which they had been contracted is completed during this extended period that is up to Sept. 8h, so that our children can attend school in safety from the 11th.

We in the Nevis Island Administration crave the support and the understanding of all our parents, guardians, our teachers and whomever else may find that the delay has caused some inconvenience.

With reference to the Gingerland Preschool, at which major work to expand the facility and to do significant repairs to what was there before, we have to report and again crave the indulgence and the understanding of parents of children who will be attending that preschool, that the school will now reopen on Sept. 18 – that is two weeks later than anticipated.

The teachers at that facilit, will not be required to report until two days before the opening, so that they could be briefed by their principals or the teachers in charge.

I thank you and please, know that all of this is in an effort to ensure that the facilities in which we teach our children and in which our teachers work are comfortable [and] are safe and to provide the best for our children.

Thank you very much and may God bless you. 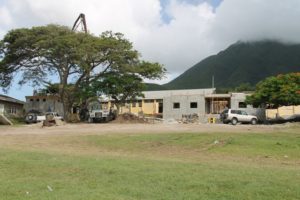 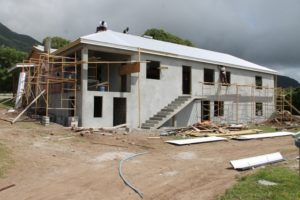