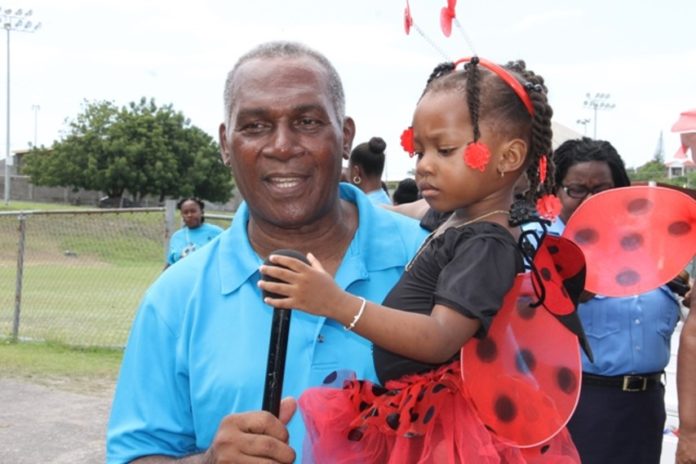 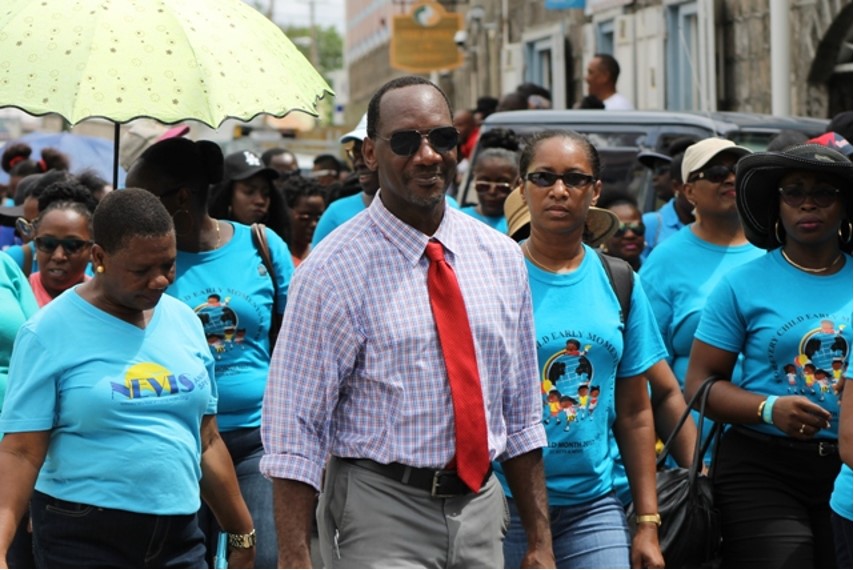 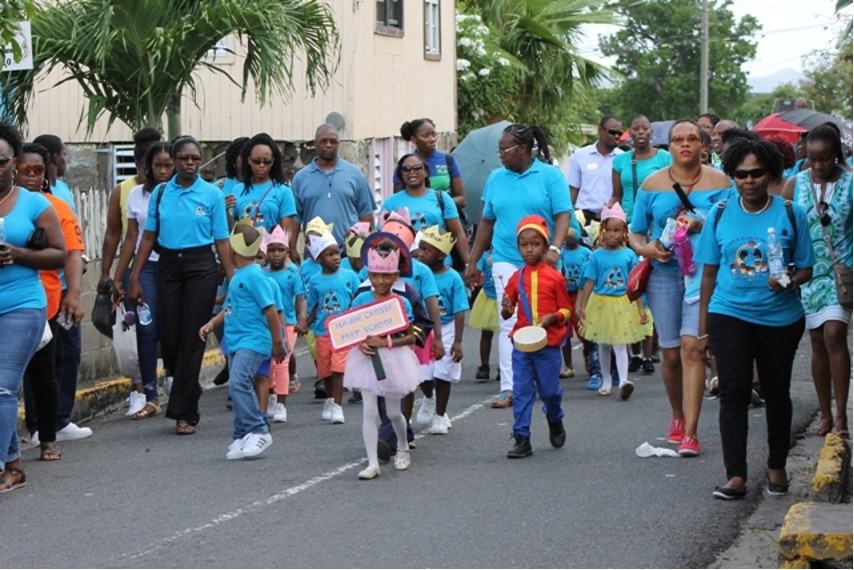 The June 9 event – one of the highlights of the ministry of education’s “Child Month” activities – wound its way with much fanfare from the Old Hospital Road to the Elquemedo T. Willett Park. The theme was “For Every Child, Early Moments Matter.”

At the end of the march, Amoy told the Department of Information that this year’s march was well patronised and meaningful, saying it represented a wonderful demonstration of people taking interest in their children and in the development of the future of Nevis and St. Kitts.

Kevin Barrett, the permanent secretary in the ministry of education, also complemented all who made the event a success. He registered hope that the volume of support from parents and well-wishers would remain with the preschoolers as they grow.

“I am hoping the type of support that is shown for this event that it would continue throughout the lives of our children,” Barrett said. “The parents came out, guardians came out, well-wishers and supporters came out and I am hoping, that as the children develop and they grow older, the support that they are getting from their parents, well-wishers and the schools would continue because we need it. The[ese] children are indeed our future and I am hoping that this type of support continues.”