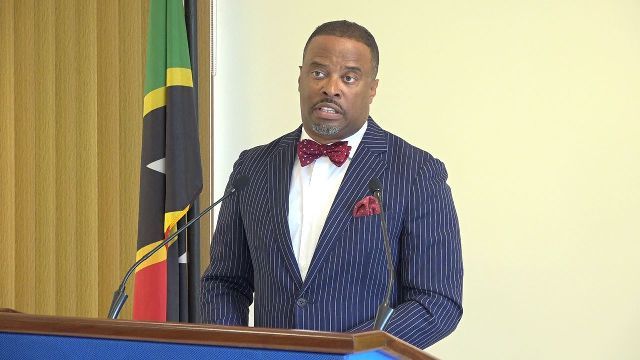 The Budget ceremony was held at the Nevis Island Assembly at Hamilton House under the theme “Building Resilience, improving Infrastructure for Long-Term Development, a Harmonised approach to Economic Growth.”

Brantley noted that the 2020 budget is lower than the $269.6 million of last year. He reveled that $170.3 million has been allocated to recurrent spending a reduction of 5.6% from last year.“Recurrent spending for the upcoming fiscal year  therefore comprises of 71.05% of the total budget expenditure.”

Brantley noted that the NIA is projecting to collect $139.5 million in Recurrent Revenue which represent a projected increase of 1.2% when compared  to the projected revenue of last year of $137.8 million.

“This less than proportionate growth is recurrent revenue when compared to the growth in recurrent spending is due largely to the uncertainty in the financial sector as we seek to grapple with the requirements of the EU and the OECD,” he said.

The NIA’s capital budget will comprise of funding from the St. Kitts and Nevis Social Security Board and other concessionary loans of $22.9 million, revenue from  the CBI passport processing fees of $30 million, current revenue of $139.5 million and the government of China (Taiwan) funding and other grant funds at $8.9 million.

For Capital Expenditure, $69.4 million has been allocated a 22.19 percent decrease compared to $89.2 million that was allocated for the fiscal year 2019.