CHARLESTOWN, Nevis –- The Nevis Electricity Company Limited (NEVLEC) presented a laptop each to the Charlestown and Gingerland Secondary Schools and the Nevis International School during a celebration of its 20th anniversary on September 1. NEVLEC’s theme for its anniversary is “NEVLEC at 20 — Powering Nevis into a sustainable and resilient future.”

During the handing-over ceremony at the company’s boardroom on August 26, Mr. Gilroy Pultie, General Manager of NEVLEC explained that the gesture was in keeping with the educational aspect of the theme.

Ms. Latoya Jeffers, Education Officer at the Department of Education responsible for secondary schools was also present at the ceremony.

“COVID-19 impacted our students’ learning, and may impact the mode of learning now and in the future to more electronic based systems, virtual learning, we decided to donate a laptop to each one of our secondary schools to assist in educating our students,” said Mr. Pultie.

“It is a small gesture to help build a sustainable and resilient future, like a massive tree starting off with a seed,” he said.

Pultie alluded to the importance of electricity to economic development. He noted that education is fundamental, but he had no doubt that providing a good quality electricity supply depends on ensuring that the personnel involved have the necessary education.

“It is for this reason, and our focus on sustainability and resiliency, that we have incorporated you and the education of our students in our plans,” said Pulte. “It is through education that we will eventually have individuals who can carry on the work that has taken place over the last 20 years and more.”

The gift to the schools follows an earlier decision by the company, to make available one scholarship every three years to any Nevisian interested in pursuing studies in Engineering at the Universality of the West Indies.

“The scholarship is titled the Cedric Ambrister Scholarship, named after an individual who contributed significantly to electricity development in Nevis,” explained Pultie.

“The anniversary celebration theme highlights NEVLECs goal to adapt to changes taking place in the electricity industry,” he said, “ensuring that the supply of electricity continues to facilitate economic development for the present and into the future. There is no doubt that a high-quality power supply is a key ingredient to economic development.”

Pultie thanked NEVLEC’s staff and customers who he said have made the company what it is today.

Other events during NEVLEC’s week of activities are:

• A guest appearance on the “ON The Mark Show” on VON Radio, to sensitize the public about NEVLEC;
• A Health Walk on Thursday 27, at 4.30 p.m. from the Valu Mart parking lot and back via the Samuel Hunkins Drive on to the By Pass Road and Pump Road;
• A cocktail and award ceremony at the Nevis Performing Arts Centre (NEPAC) on August 29, when staff who served the company for the past 20 years will be recognised;
• A Thanksgiving church service at the Gingerland Methodist Church from 9 a.m. on August 30; and
• A Customer Service Appreciation Day on September 1, when customers, specifically those who have cleared their arrears during the week of activities, will be entered into a raffle for a Smart television. Twenty $100 consolation prize vouchers can be used toward the customer’s next electricity bill. 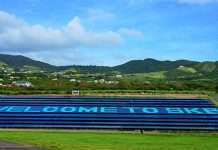 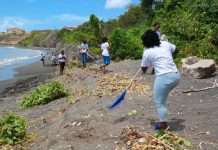 Hon. Grant: ‘A safe return to travel is essential’ to welcome visitors

Antigua and Barbuda Re-elected To Presidency Of The Caribbean Telecommunications Union.