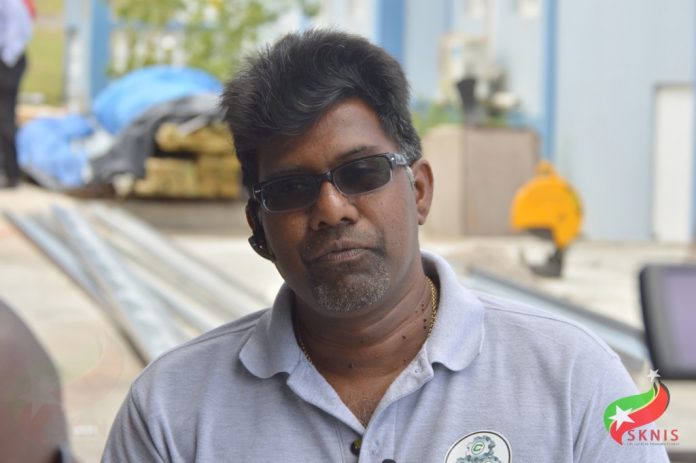 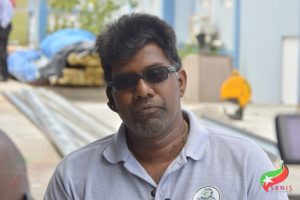 BASSETERRE, St. Kitts – The Forensics Lab of the Royal St. Christopher and Nevis Police Force is nearing completion and is expected to be commissioned shortly.

The facility, located on the compound that hosts the Tabernacle Police Station, is being constructed by a number of local contractors operating under Clive Bickram of Clever Solutions Ltd., based in Trinidad.

Work on the physical infrastructure began in November 2017 and based on the demand to complete the lab within a specific timeframe, a decision was made to use containers that can be easily sealed and that provide a solid structure that is in keeping with international standing.

“The building gives good structural nature in terms of it being steel and it gives good support in terms of the equipment and the level of [specialized] equipment that we have in the building,” Mr. Bickram explained, noting that these include machines for fingerprint and firearms testing, forensic lights, air drying cabinets and more.

The laboratories and training-conference room contained in the building are quite spacious and the layout facilitates efficiency and ease of movement. The building is firmly embedded with a 14-inch concrete foundation and can withstand extreme weather conditions, including 120 mile-per-hour hurricane-force winds. A sophisticated surveillance system with appropriate measures will enhance the security of the facility.

Prime Minister and Minister of National Security the Honourable Dr. Timothy Harris has made upgrading the forensic capabilities of the police force a priority for his government and has invested significantly in enhancing the knowledge and skills of the officers and civilian staff. He has also shown a keen interest in the construction of the new police lab.

“Every morning he will pass and [ask] about the project,” Bickram stated. “He stops, shows a friendly face and gives his input. He’s very hands on.”

Such an interest resonates well with the workers. “When you see a government official is actually on the site with the workers, it gives them a very high morale and will positively impact the project,” Bickram concluded.