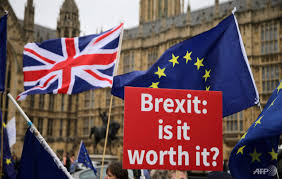 Boris Johnson’s speech at the Downing Street podium on Monday evening is his latest move in preparing for a “people vs. Parliament” election, according to commentators.

The prime minister warned Conservative MPs not to vote against the Government in today’s no-deal Brexit vote.

The Telegraph’s Madeline Grant claims the admonition was a “declaration of war” against Remainer Tory rebels and a “clever piece of positioning” that lays the groundwork for calling a general election.

“When the rebels push forward, which seems likely, the stage will be set for a ‘Parliament versus the people’ battle,” she says.

That view is echoed by Tom Kibasi in The Guardian. “Expect him to run on ‘Back Boris, Take Back Britain’. He will say that the only way to definitely leave on 31 October is to give him a parliamentary majority to do so,” says Kibasi.

But with the outcome of Brexit hanging in the balance, is that what the public want? Here is what the latest polls reveal.

How would the public vote in an EU referendum today?

The most recent poll of polls by WhatUKThinks.org, run by independent agency NatCen Social Research, puts Remain on 53% and Leave on 47%, with undecideds taken out of the equation.

That would give Remain a comfortable victory if translated into a second referendum result.

But Johnson has repeatedly ruled out a second EU vote, and Labour leader Jeremy Corbyn’s dithering over backing a People’s Vote means there is probably too little time left before the 31 October deadline.

Does the public back no-deal Brexit?

An Ipsos MORI poll of 1,060 adults last week found that 37% backed Brexit regardless of whether a deal could be agreed, while 46% were opposed.

A separate survey by Survation which was commissioned by the Daily Mail found that 38% of people would feel “fear” if the UK left the EU without a deal at the end of October, while 35% would feel “joy”.

The Survation poll found that 40% of the 1,020 people quizzed opposed Johnson’s decision to prorogue Parliament, while 39% were in favour of the move.

According to another Ipsos MORI survey, 70% of people believed the main reason the Government plans to shut down Parliament is to prevent MPs from blocking a no-deal Brexit.

Just 13% believed Johnson’s claims that he has suspended Parliament to plan for a Queen’s speech.

“Whether that really matters or will make any dent in the government’s support is a different matter,” says YouGov’s Anthony Wells, who points out that “opposition to prorogation is concentrated among Remainers”.

Are people impressed by Boris?

A YouGov poll carried out last week found that 38% of voters thought Johnson was doing well as PM, while 44% thought he was doing badly. Among Tory voters, positive opinion increased to 85%, with just 8% saying he was doing a bad job.