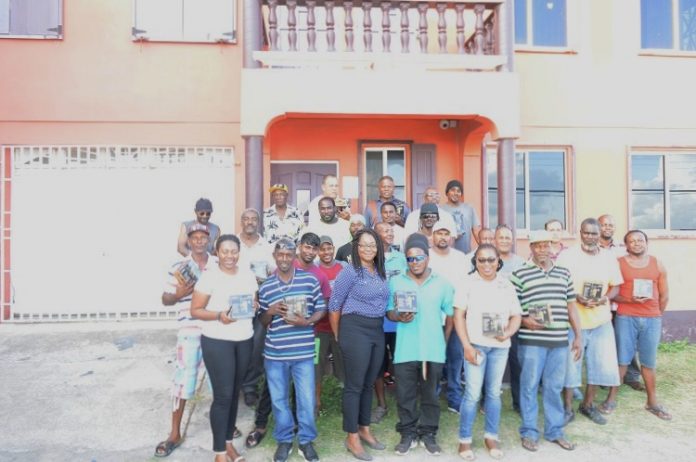 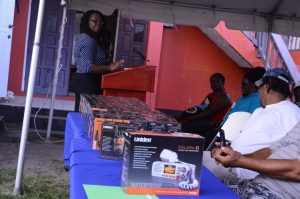 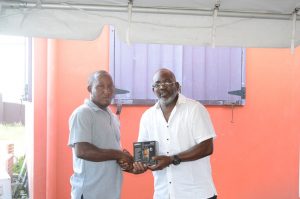 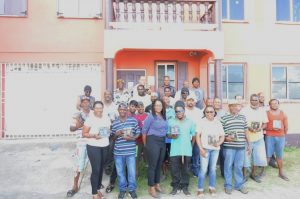 BASSETERRE, St. Kitts – The 27 registered and active fisher folk of the federation now have a greater sense of security on the open seas having received new Uniden two-way radios distributed by the Department of Marine Resources.

The new radios were presented at a handing-over ceremony Jan. 18 at the Department of Marine Resources. They were procured under the Climate Change Adaptation in the Eastern Caribbean Fisheries Sector (CC4FISH) Programme, which was designed with the objective to improve fisher folk and agriculturists’ resilience to climate change and is funded by the Food and Agriculture Organization of the United Nations (FAO).

Director of the Department of Marine Resources Mark Williams said that the radios were distributed on a needs basis based on a previously assessment. He thanked the FAO for its support, noting that it will go a long way in assisting the fisher folk on their trips at sea.

“We hope that by you receiving these radios this afternoon, you will be able to have a safer trip at sea as well as an improvement in the catch that you have on an annual basis,” he said. “We want to ensure that you have an atmosphere in which you can be productive.”

The radios will allow the users to contact the Saint Kitts-Nevis Coast Guard Unit or the Department of Marine Resources while they are at sea. This is particularly useful in the event of a mishap. The agencies can also use the two-way radios to issue bulletins and advisories to people at sea.

Under the project, 150 radios and several ice machines were procured for distribution to fisher folk and fishing facilities in St. Kitts and Nevis.