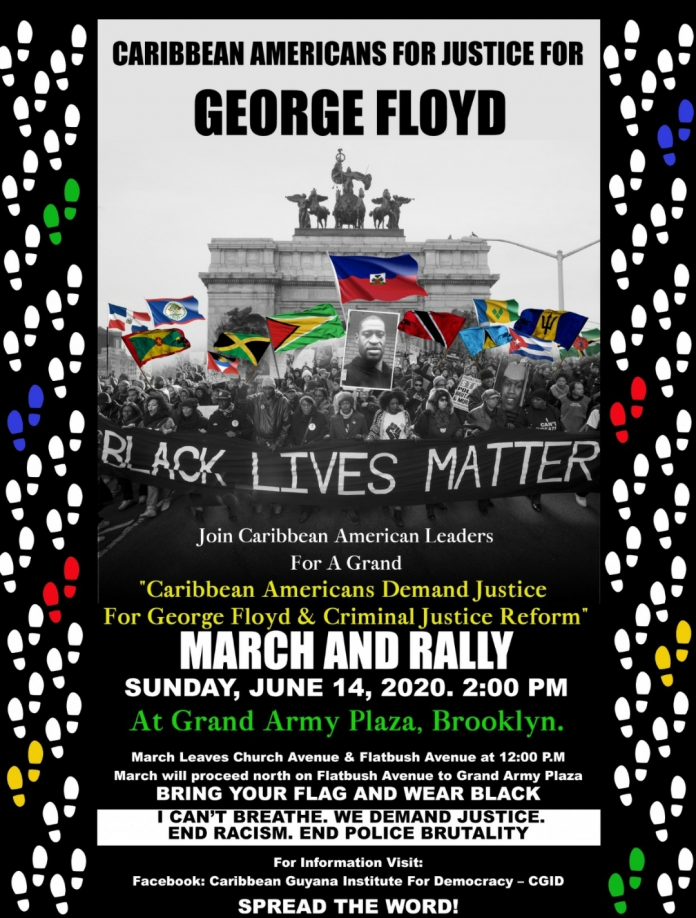 The march will begin at Church and Flatbush Avenues at 12:00 (noon) and proceed north on Flatbush Avenue to Grand Army Plaza (intersection circle at Eastern Partway & Flatbush Ave), where a massive rally will take place.

This event will demonstrate Caribbean American solidarity with African Americans, and other Americans who reject police brutality, racism and injustice.

Organizers will also present an agenda for tangible, legislative and policy reforms at the federal, state and local levels. This event provides the opportunity for the Caribbean community to unreservedly embrace the movement for justice for George Floyd and espouse its views on the fight for equality, social justice, as well as respect for the civil and human rights and dignity of people of color and all Americans.

Several federal, state and city elected officials have been invited to report to the community on legislative and policy measures they have enacted to date to guarantee police accountability, justice for victims of police brutality and other abuses, as well as reverse inequities that plague African Americans and other minorities.

Organizers are calling on all Caribbean Americans in the New York tri-state area to join the march and rally to demand justice for George Floyd, an end to systemic racism and police brutality in New York and the US. 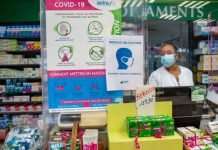 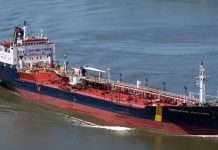