US: Ketanji Brown Jackson Sworn In As First Black Woman on the Supreme Court 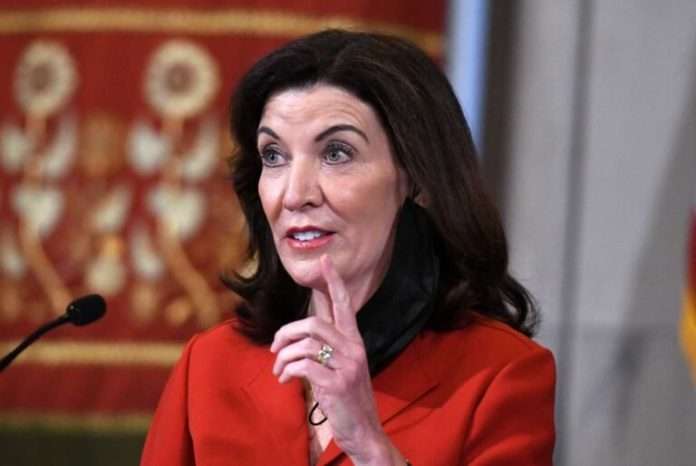 New York Governor Kathy Hochul has granted clemency to a convicted Jamaican-born drug dealer among 10 immigrants who have “showed remorse and exemplified rehabilitation”.

In commuting the sentence of Roger Cole, 55, Hochul noted that he was originally sentenced to 125 years to life in prison, “having been put on trial during the Rockefeller Drug Law era during which extremely lengthy prison sentences were handed down for drug-related convictions”.

His sentence was subsequently reduced on appeal to 85 to 100 years, of which Cole has now served more than 30 years.

“If he were sentenced today, he likely would not have faced such a lengthy sentence,” Governor Hochul said.

While incarcerated, she said, Cole earned his General Educational Diploma (GED) and an associate degree, and completed numerous vocational training and certification programs, including legal research and law library management. He also earned a certificate for completing a three-year business course while incarcerated.

“Upon his release, Mr. Cole will be reunited with his mother and other family members in his home country of Jamaica, who will provide housing and help him find employment,” Hochul said.

She said the immigrants selected for clemency have “shown a commitment to bettering their communities and themselves, and were carefully selected after a thorough review process”.

The Governor also announced several steps to reform the executive clemency program, including announcing that she has directed the Counsel to the Governor to select an advisory panel to assist in advising the governor on clemency applications.

Hochul said the panel will consist of impartial experts from the fields of law enforcement, public defense, the judiciary and clergy, as well as formerly incarcerated people.

“As governor, I have a unique and solemn responsibility to carefully use the power of clemency to address individuals in the criminal justice system who have made mistakes and have taken extraordinary steps to rehabilitate themselves,” she said.

“I am granting clemency to these deserving individuals who have exemplified rehabilitation, and I am committed to increased transparency and accountability in this process going forward. No one should be defined by their worst mistake, and these individuals have worked tirelessly to atone for theirs,” Hochul said.