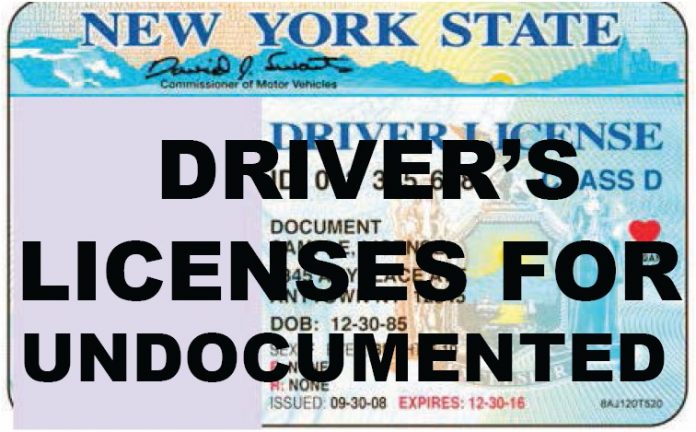 NEW YORK, CMC – New York State Democratic-controlled House of Assembly on Wednesday passed legislation that would permit undocumented Caribbean and other immigrants to obtain driver’s licenses. The Assembly said that the Driver’s License Access and Privacy Act (A.3675-B), also known as the Green Light Bill, “will create safer roads for all New Yorkers, boost the state’s economy and protect hardworking New Yorkers and their families. “Until 2001, this fundamental privilege was extended to all New Yorkers, regardless of immigration status,” said the Assembly in a statement.

The Assembly Speaker Carl Heastie, who traces his roots to the Bahamas said: “While opponents continue to spread misinformation and stoke fears about the bill’s intent and consequences, the Assembly Majority will continue to put the needs of New Yorkers first. “The legislation passed today will promote public safety, protect our state’s economy and ensure every New Yorker can integrate into their community and care for their family,” said Heastie, who represents the Bronx. “Making sure that every driver is trained, tested and insured will make New York’s roads safer for everyone and ensure that our industries have the labor they need to keep our economy moving.”

Heastie said the Driver’s License and Privacy Act would expand the types of proof of identity that could be submitted with an application for a non-commercial driver’s license that does not meet US federal standards for identification. He said an applicant without a social security number could instead submit a signed affidavit that they have not been issued a social security number. The Assembly noted that 12 states, Puerto Rico and the District of Columbia have enacted legislation that would allow undocumented Caribbean and other immigrants to obtain a driver’s license, “many of which have reported fewer accidents and traffic fatalities.”

A 2017 Stanford University study found that California’s law expanding access to drivers’ licenses led to a drop in hit-and-run accidents between seven and 10 percent, or about 4,000 fewer hit-and-run accidents, and saving not-at-fault drivers US$3.5 million in out-of-pocket expenses for car repairs, according to the Assembly. “Today’s legislation would make everyday tasks such as getting to work, shopping for groceries or picking up kids from school vastly easier for an estimated 265,000 people in New York, including 64,000 north of New York City,” the statement said.