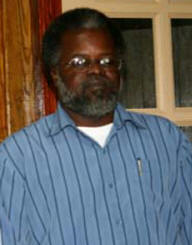 (Charlestown, Nevis) – On April 1, two government entities now dealing with culture-related affairs will be merged into a single new unit, with the long-term goal of making it financially self-sufficient and increasing activities on Nevis.

The Department of Culture and the Culturama Secretariat will be merged into the Nevis Cultural Development Foundation, according to Mr. Halstead Byron, who now serves as the Special Advisor for Culture and Community Development.

Mr. Byron will serve as the foundation’s chairman of the board.

The Minister of Culture, the Hon. Hensley Daniel, talked about the change.

“We merged the Department of Culture and the Culturama Secretariat,” Mr. Daniel said.

The purpose of the merger is to “encourage efficiency, better manage resources and avoid duplication of effort,” he said. “We want to close the gap between the Department of Culture and Culturama.”

“The Festival Secretariat will be charged with development of arts and culture (events) and looking at the annual calendar to see where we can put in more activities,” Mr. Byron said.

The agency will look to stage more local shows and events feature regional and international talent, he said.

“We will do cultural exchanges within the Caribbean,” Mr. Byron said, and some with the U.K. and the U.S.

Research and Documentation will not only work to record more of Nevis’ history, but create a document center that will be open to students to help them learn more about their past, he said.

The foundation is also about dollars-and-cents.

“The whole idea is to make it economically viable so we don’t have to depend on government funding,” Mr. Byron said. For governments in general, cultural funding “is really at the bottom of the ladder,” he said.

Such a foundation may make it easier to access various sources of international support and funding, he said.

As the foundation evolves, Mr. Byron said, the government-style management will eventually be replaced by private-sector methods.

Similar foundations have been set up in Barbados and St. Lucia, Mr. Byron said.

“We’ve done our research,” he said. “We feel like we can bring into begin the Nevis Cultural Development Foundation.”