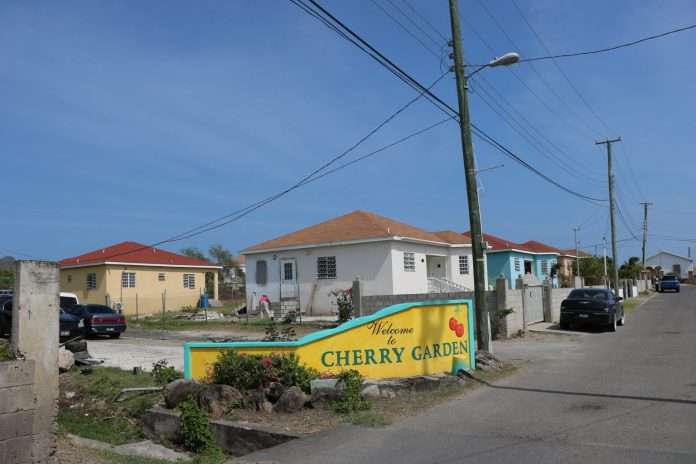 The Ministry of Housing in the Nevis Island Administration (NIA) has completed repairs to 30 defective soakaways and septic systems in the first phase of the Cherry Garden Housing Development, saving impacted homeowners over $270,000.

“This particular project, eliminating the difficulties being faced by some 30 homeowners over at Cherry Garden, was indeed undertaken by Public Works, and we’ve had glowing reports from those homeowners,” he said.

He explained that the problems with the soakaways had been affecting homeowners for some time, and although the Nevis Housing and Land Development Corporation was no longer responsible for any repairs at these homes, the NIA took the decision to assist the residents with the costly repairs. Mr. Jeffers was at the time addressing the Nevis Island Assembly on July 13.

“There were septics and soakaways that were not built properly…and persons over there would have had some rather unsettling circumstances to deal with, and that is why as a good government and a caring government we would have undertaken the cost and responsibility of rectifying those septic and soakaway issues over there.

“So Mr. Brand, I want to publicly thank you and thank Alister Thompson and his team, and all those involved in eliminating these particular difficulties to the tune of [$274, 470.85],” he said.

Mr. Jeffers also thanked Premier Hon. Mark Brantley, the area representative for St. John’s, for fulfilling his commitment to the affected residents of Cherry Garden, and ensuring that the project came to fruition.