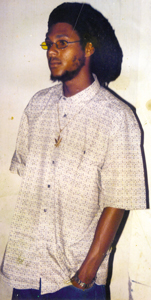 (Charlestown, Nevis) – Two men who were taken into custody by police and questioned in the case of the Jan. 28 murder of Leon Westerman in Charlestown have been released.

“No formal charges have been pressed against them,” Inspector Hilroi Brandy of the Criminal Investigation Division said.

Leon Westerman, (in photo) 28, of Low Street, Nevis, was shot as he left Angela’s Bar on Main Street just before midnight. He was taken to Alexandra Hospital where he died.

Several other people were in the bar, but none of them were hurt, a witness said.

“Two masked men walked up and they just shot him,” the witness said. “There were five or six shots.”

This was the first murder of the year in the Federation.