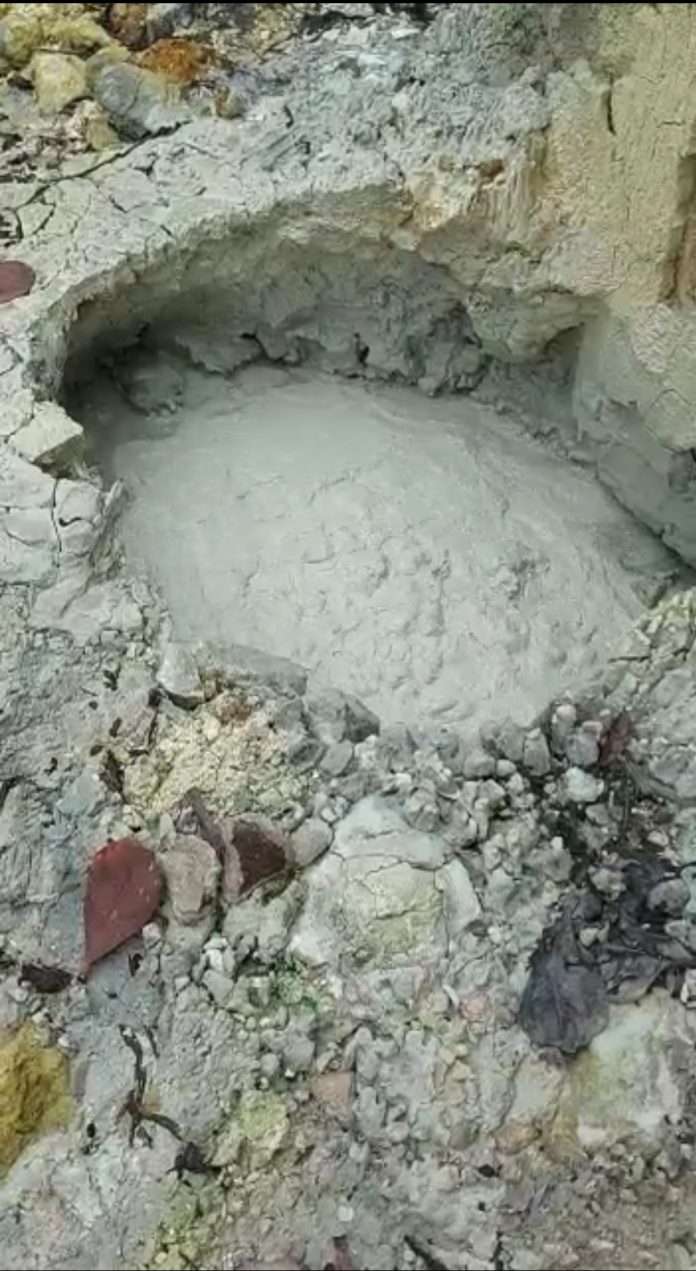 There is no need for alarm at Mount Liamuiga, as there are no signs of an impending eruption.

This is according to the University of the West Indies (UWI) Seismic Research Centre.

Director of the Centre, Dr. Erouscilla Joseph, said the social media video that made the rounds this week, of a bubbling puddle, was not out of the ordinary.

“What the video did show is people in the crater in the hot spring area and the bubbles. Liamuiga is considered live, and that means it has the potential to erupt again in the future.”

Dr. Joseph said the activity that was seen at Mount Liamuiga is normal, and it is not unusual.

“It does not look any different to what was seen in the past – in terms of how the future looks and the type of activities that are associated with these features that are in the crater.”

She said in the other volcanic areas such as Dominica and St Lucia, one will see more effusive activities associated with their hot springs that could look a lot more active than what was seen in the video.

She explained what caused the activity at the crater

“There is magma at depth below the volcano. What happens is that it heats the rocks above. It is so hot, the rock is there and then you have water coming in from the rain that filters through the cracks on the volcano, and it percolates down into the earth and is heated by the hot rock, the magma itself also degasses.

“Together with that, hot water that is heated up and boils, that comes up to the surface and is manifested as the hot springs, vents.”

Dr. Joseph said the feature is something that is seen in most volcanic systems, and is not related to an eruption.

“When a volcanic system becomes more active, you tend to see more changes in the activity as well as the appearance of these features, and this is not what is happening at Liamuiga.

“The type of activity seen is a normal hydrothermal activity, it was not unusual and does not indicate there was an increase in the activity of the volcano.”

She said there is no truth in volcanoes being linked, so the eruption in St Vincent will not impact other volcanoes in the region.

“The processes throughout the region that allow for the formation of the volcanoes, that is the same…but in terms of the plumbing systems, each volcano is different and has its own plumbing system, and activity at one does not necessarily allow for another to increase in activity or erupt.”

National Disaster Coordinator, Abdias Samuel, said the volcano is dormant but live. He noted that the last verified eruptions would have occurred 1800 years ago, though some historians have suggested that possible eruptions may have occurred in 1692 and 1843.

Samuel said the continuous hot springs activity and the occasional burst of shallow earthquakes directly beneath the volcano mean that it is still alive. He said people should also be aware of similar activity at Nevis Peak.

“There have been no recent signs of increased volcanic activity in Nevis, however frequent shallow earthquake swarms and the existence of hot spring activity associated with Nevis Peak, indicate that this volcano is live and can erupt in the future.”

As it relates to preparedness, Samuel said scientists provide advice as well as produce maps and other public information material to enable the public and authorities to better prepare for any future volcanic eruption.

“Being prepared for these events can considerably reduce risks to you and your family. If there is any eruption on Nevis, the entire island would have to be evacuated