BBC- Ecuador’s president has declared a state of emergency in three western provinces because of rising crime.

Guillermo Lasso tweeted that a curfew will be imposed and thousands of soldiers and police officers will be sent to Guayas, Manabí and Esmeraldas to “enforce peace and order”.

Ecuador has seen a sharp increase in murders and gang-related crime.

This is the second time Mr Lasso has used emergency powers to curb violence since he took office last year.

“The streets will feel the weight” of the security forces, Mr Lasso tweeted. He said 4,000 police officers and 5,000 troops from Ecuador’s armed forces would be deployed throughout the three provinces.

He also said the curfew, which would only be enforced in certain areas, would be from 23:00 to 05:00 local time. “Society will not be subdued,” he wrote. “Our peace will never be sacrificed to criminal gangs.”

President Lasso has blamed drug trafficking for Ecuador’s crime problems. The Andean country is used as a transit route for cocaine smuggled from neighbouring Peru and Colombia, and the powerful Mexican drug cartels are said to operate through local gangs. 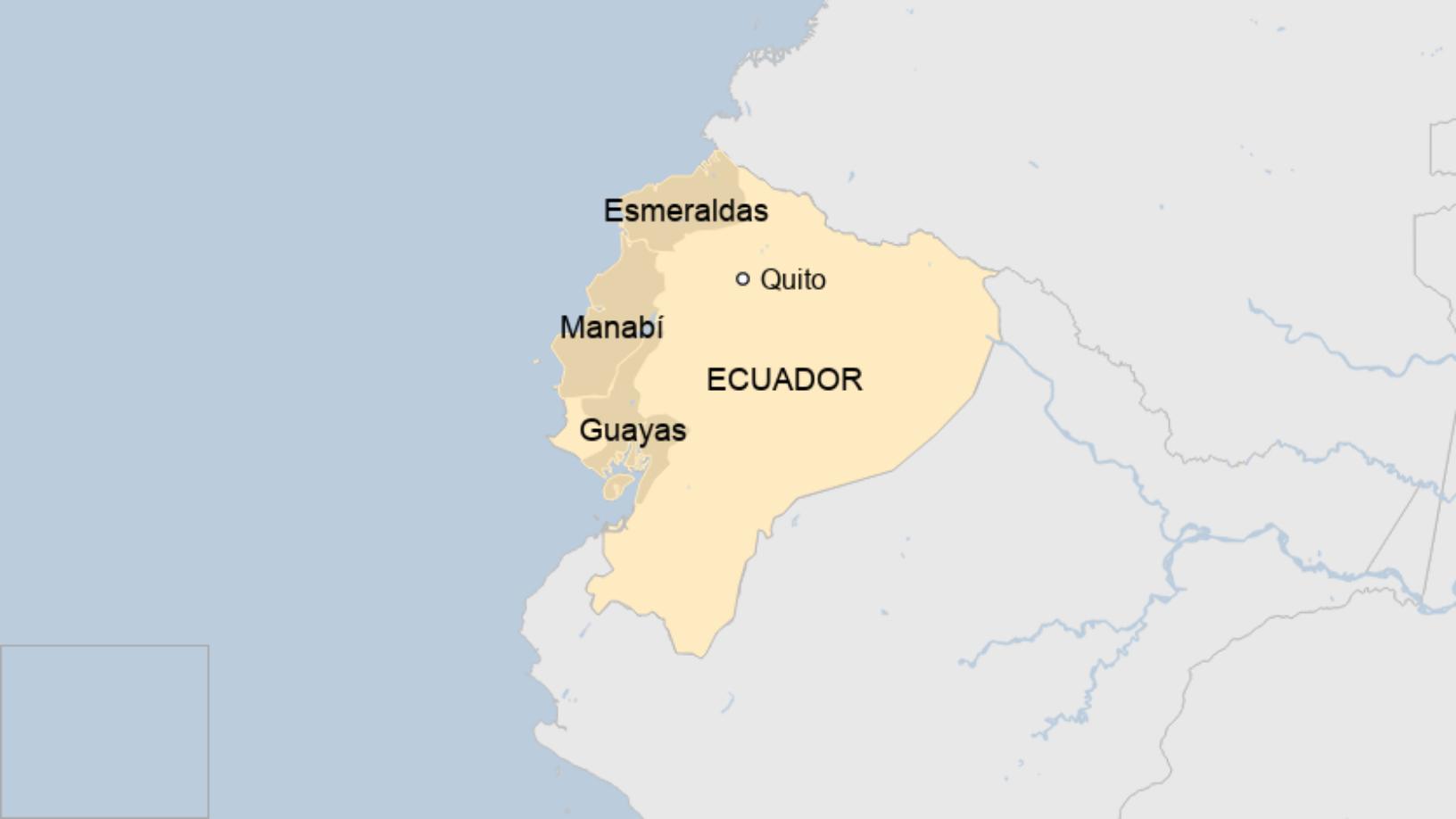 The port city of Guayaquil, in the Guayas province, has been ranked the 50th most violent city in the world by Insight Crime. The investigative journalism website reports that Ecuador’s homicide rate increased faster than any other country in Latin America or the Caribbean in 2021.

In February, several men were found decapitated in Duran, near Guayaquil, and two men were found handcuffed and hanging from a pedestrian bridge – a method used by Mexican drug cartels.

Ecuador has also seen the deadliest prison riots in its history, which shocked the country and exposed the power of gangs operating in its jails. In September, some 119 inmates were killed at a prison in Guayaquil. Less than two months later, at least 68 prisoner died in fresh fighting at the same prison.

President Lasso declared a nationwide 60-day state of emergency in October, following the prison riots. However the crackdown faced criticism from the Constitutional Court – which halved the emergency period to 30 days and said the military should only support police operations.