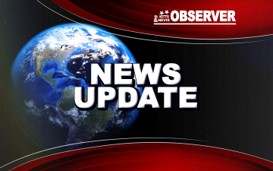 Basseterre, St. Kitts – Cosbert Manchester, chairperson of the St. Kitts and Nevis National Telecommunications Regulatory Commission (NTRC); Ervin Williams, director of the NTRC; and Quincy Prentice, director on the Board of Directors of the Eastern Caribbean Telecommunications Authority (ECTEL) will be the special guests on “Working for You” on Wednesday.

Manchester, Williams and Prentice will speak to issues pertaining to telecommunications within the region including the new Electronic Communications Bill, which will update the legislative framework to meet modern needs.

ECTEL was established May 4, 2000, by a treaty signed in St. George’s, Grenada, by the governments of five Eastern Caribbean States – Commonwealth of Dominica, Grenada, St. Kitts and Nevis, Saint Lucia and St. Vincent and the Grenadines.

The Council of Ministers comprises the ministers responsible for telecommunications in the ECTEL states. The director general of the OECS is an ex-officio member. Responsibilities include giving directives to the Board of Directors on matters arising out of the treaty, and ensuring that the board is responsive to the needs of the member states in the implementation of telecommunications policy.

The Board of Directors comprises one member and an alternate from each member state and the managing director of ECTEL as an ex-officio member. Responsibilities include making recommendations to the council on any matter relating to telecommunications, and establishing rules and procedures consistent with the treaty for the management and operation of the ECTEL directorate.

The NTRCs are the telecommunications regulators at the national level in each member state. They are responsible for the processing of applications and advising the minister on the award of licences.

Hosted by Lesroy Williams, “Working for You” offers news, views, reviews, interviews and all the happenings of the Team Unity Administration, which has pledged transparency, accountability, good governance and a fair share for all citizens of the Federation.

The programme features government officials, heads of government departments, permanent secretaries and other government officials who will provide you with timely, relevant and accurate information as it relates to the social, economic, human, political and sustainable development of St. Kitts and Nevis.