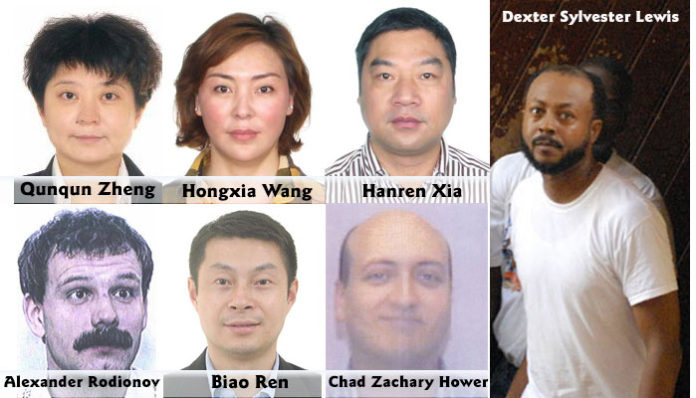 A male Kittitian and six individuals who allegedly obtained St. Kitts and Nevis citizenship are among 312 nationals from 16 Caribbean nations on Interpol’s Wanted List.

The names of the wanted persons were made public by an American media house, News Americas Now. However, while the media outlet had stated that seven individuals were on the Wanted List, only six names and the photographs of five of them were published.

The List includes four individuals who were born in China but had obtained St. Kitts and Nevis citizenship.

The other wanted person is Alexander Alexander, a 65-year-old Russian national who obtained citizenship in St. Kitts and Nevis. He is wanted for bribery.

On June 2, 2010, Dexter Lewis was remanded to prison in Guyana along with Guyanese Adrian Beckles after being alleged of attempting to smuggle 1kg 109 grams of cocaine, one 1.4 Magnum Revolver and a pistol, as well as 15 live 9mm rounds of ammunition through the Cheddi Jagan International Airport.

The media outlet also stated the majority of wanted Caribbean nationals are from the Dominican Republic with a whopping figure of 160.

Interpol is asking anyone who may have information on these wanted persons to contact their local police.