GENEVA, Switzerland — The Independent Panel for Pandemic Preparedness and Response is urging all countries to ensure implementation of critical public health measures known to decrease virus transmission in order to curb the spread of COVID-19. It has also expressed grave concern at the prospect of inequitable vaccine rollout around the world.

In the Independent Panel’s Second Report on Progress, the Panel expresses deep concern over the continued significant rises in the numbers of COVID-19 cases and deaths. Since January 1, the world is recording an average of almost 12,500 daily deaths and 682,000 recorded cases.

“These cases and deaths are causing untold grief to families and avoidable stresses on health workers and systems,” says Co-Chair Helen Clark. “Basic measures like testing, contact tracing, isolation, physical distancing, and wearing masks all have a role to play. We urge all governments to step up to protect the lives of their citizens and to support and promote the public health measures proven to work.”

The Co-Chairs note that basic public health measures are even more pressing as new and reportedly more infectious variants of SARS-CoV2 are detected.

On the issue of vaccines, Co-Chair Ellen Johnson Sirleaf says that the Panel is grateful to scientists for developing vaccines in record time. “We regret, however, that the vaccine roll-out is currently favouring wealthy countries. A world where high-income countries receive universal coverage while low-income countries are expected to accept only twenty per cent in the foreseeable future is on the wrong footing – both for justice and for pandemic control. This failure must be remedied.”

Failures in the global alert and response systems

A major concern is that the international system for alert and response is not fit for purpose. It seems to come from an earlier analogue era and needs to be brought into the digital age, the Panel’s report says. Modern information systems are picking up signals of new disease before countries are formally reporting. These are outpacing the procedures and protocols of the International Health Regulations including the declaration of a public healthemeency. of international concern.

The Report considers whether the international system acted fast enough to detect and alert the world to this novel infectious pathogen with pandemic potential.

“When there is a potential health threat, countries and the World Health Organization must further use the 21st century digital tools at their disposal to keep pace with news that spreads instantly on social media and infectious pathogens that spread rapidly through travel,” says Co-Chair Clark.

“Detection and alert may have been speedy by the standards of earlier novel pathogens, but viruses move in minutes and hours, rather than in days and weeks.” The Panel finds there is a need for a new international framework.

The Co-Chairs appreciate that at the time; many people worked hard to identify the new health threat, and took measures to address it. Identifying the timing gaps is a lesson for future response preparedness, not a critique of those who did their best.

In its Progress Report, the Panel also describes additional early shortcomings at each step of the global and national response to COVID-19 which have contributed to the pandemic. These include a failure to measure preparedness in a way that predicted actual performance, and a failure of
countries to prepare, despite years of warnings of the inevitability of a health threat with pandemic potential.

The Panel finds that the pandemic response has deepened inequalities, both within and between countries. Low-income countries are bearing long lasting economic burdens of the pandemic. The inequitable access to vaccines is amongst the most glaring examples of inequality exacerbated by the pandemic.

The Panel will further examine and recommend ways in which pandemic preparedness and response systems can be improved so that countries have equitable access to protective equipment, supplies such as oxygen and ventilators, and diagnostics, therapies, and vaccines.

High expectations of WHO need to be backed by support for it.

The Panel is also concerned that Member States have high expectations of the World Health Organization but have left it underpowered to do that job.

“The WHO is expected to validate reports of disease outbreaks for their pandemic potential and, deploy support and containment resources, but its powers and funding to carry out its functions are limited,” said Co-Chair Sirleaf. “This is a question of resources, tools, access, and authority.”

To this end the Panel is concerned that the incentives for Member States to cooperate with WHO are too weak to ensure their effective engagement with the international system in an effective, transparent, accountable, and timely manner.

In the lead up to its report to the World Health Assembly in May, the Independent Panel will continue to gather information and analyse what happened during the early weeks and months of the spread of SARS-CoV2, as well as examining the wider social and economic impacts, and the implications for the international system.

The Panel’s report underscores that lessons from this pandemic are both painful and grave and must be a catalyst for “fundamental and systemic change in preparedness for future such events, from the local community right through to the highest National and global levels. There needs to be a fundamental shift so that pandemic preparedness is recognized as an obligatory investment not as a voluntary cost.”

“The consequences of this pandemic remind us of how important effective multilateralism is,” said Co-Chair Sirleaf. “Geopolitical tensions have impacted on the response, and the resulting pandemic has given us many interlinked reasons to rethink and reset the way in which the international system and countries prepare and respond to global health threats. With 7.6 billion lives interrupted, a regression on previous gains towards the Sustainable Development Goals; the loss of trust in governments and institutions; and a loss of some six trillion dollars in GDP, there is every reason to change.”

“We are at a global crossroads,” the Co-Chairs say. “The Independent Panel aims to make recommendations to support the world to be more prepared, more secure, and more resilient to future pandemic threats.”

The Independent Panel’s 2nd Report on Progress is available in six languages at www.TheIndependentPanel.org/documents. 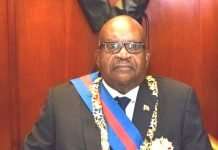 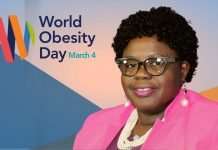