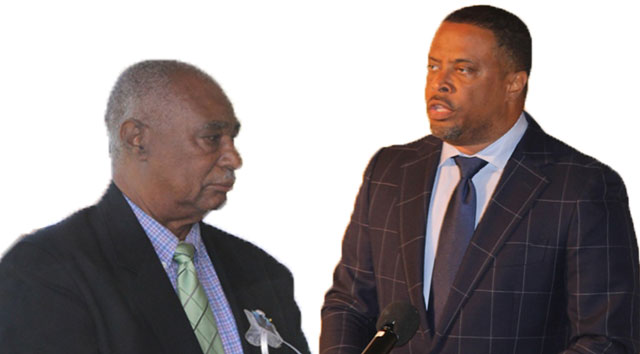 The jobs are coming back.

Deputy Premier Mark Brantley of the Concerned Citizen Movement Monday said 2016 had the highest recorded number of jobs in island history according to Social Security statistics.

Pleased with the information, Mr. Brantley credited the leadership of the Hon. Vance Amory for the job increase in Nevis.  He praised the Nevis Island Administration as well as the Labor Department for the improvement.

He encouraged people to contact the Labor and Social Security offices to challenge the authenticity of those figures.

Mr. Parry said, “I wish you all would contact the Labor office and find

our what they have to say. I don’t want to get into a discussion with ‘jumbie figures.’ It’s nonsense because if you walk around Nevis and see what’s happening, you know that those figures make no sense.

“Mr. Brantley is always lying and it’s about time you all realize he is always lying. Go ask Social Security about those figures and the authenticity of their figures and what sense they make if applied. They cannot be applied just like that. Go ask the Labor Office,

This newspaper understands that while theses figures were not given to the general public, they can be requested from the director of Social Security and obtained upon approval.