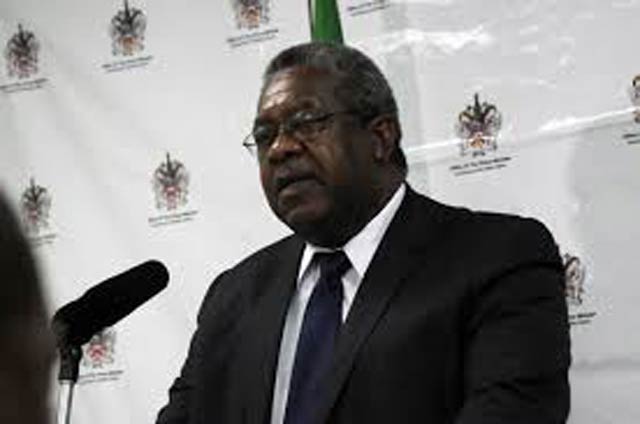 Basseterre, St. Kitts -The St. Kitts and Nevis passports of the individuals involved in the Ren Biao saga have been deactivated.

Attorney General Vincent Byron made that confirmation last week, indicating that the individuals who had their passports deactivated were among more than 15,000 whose passports did not contain the place-of-birth field.

In March, Prime Minister of St. Kitts and Nevis Dr. Timothy Harris announced that passports released by the former government that did not include country of birth have been deactivated by his administration.

In making the announcement, the prime minister indicated that some 15,197 regular passports, 91 diplomatic and 39 official passports that were released without the place-of-birth field have been scrapped.

The issue of the alleged fugitive dominated the national discussion last week, with some calling for a swift resolution to the matter while others even calling for the resignation of government officials.

The story came to light when a report from the Carib Update’s News Break and broadcaster Oslyn Crosby stated that the Beijing government had received no corporation from the government of St. Kitts and Nevis concerning the individual who is a citizen by investment and is accused of swindling more than US$100 millin from a Chinese-state firm.

Byron said Biao and the other individual in question do not have active St. Kitts and Nevis passports.

“They have recently reapplied and these have not been issued,” Byron said. “The ministry for passports has not issued passports to these two and they do not have a valid St. Kitts and Nevis passport.”

The attorney general was also asked if the individuals still had active Chinese passports.

“We would not know that,” he said. “We have no knowledge of what passports they have. We know that they were issued St. Kitts and Nevis passports back in September 2013 and those were deactivated when all like passports of the same kind were.”

He explained that all of those passports were deactivated and in order to get a new passport individuals had to reapply.