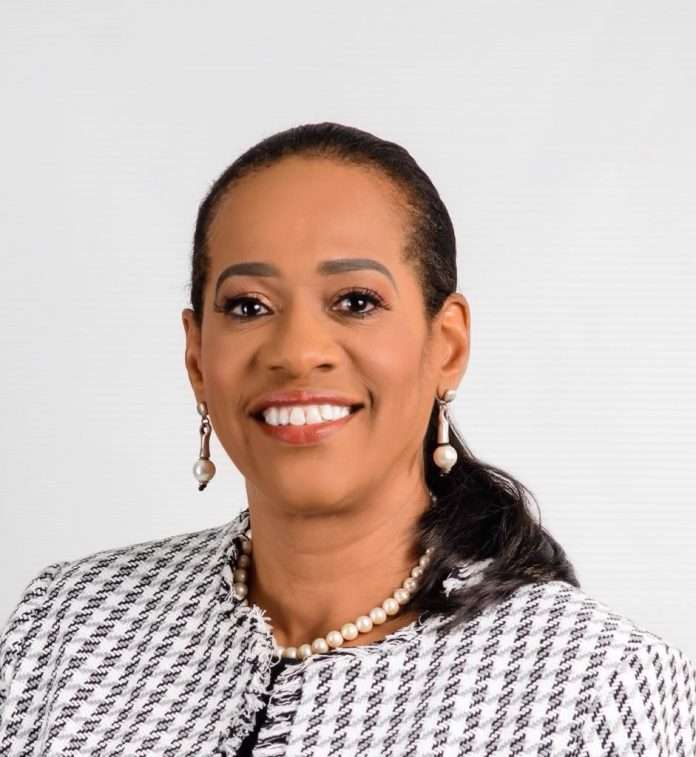 PATRICIA WALTERS CREATED HISTORY when she took over the reins of Cable and Wireless (C&W) in St Kitts and Nevis several years ago.

‘Pat’ as she is affectionately called, was the first female Chief Executive Officer (CEO) in the Federation, and the first woman at the helm of the traditionally male-dominated telecommunications sector. Including the private sector.

‘Pat’ is gifted with foresight and insight. And she maximised those in tandem with her considerable marketing, communication and management skills to put her company, C&W, on firm footing for future jostling with later new entrants to the Caribbean, Digicel.

Now, don’t be fooled by her easy-going manner supported with that perpetual, infectious smile and winsome personality. Behind those is a fierce competitor who relishes adversity.

With her brand there was an ‘open door’ policy: she embraced regular interviews and ensured that the press and media were kept up-to-date with issues about the firm she headed. There were also community outreach programmes. C&W sponsored a number of projects and programmes which enhanced build human capacity; burnished participants’ personalities; strengthened community relationships and forged holistic development while simultaneously enhancing the pool of skills and talents available in participating communities.

“Patricia Walters was one who you can easily stop and engage with. She ensured she visited several of their offices to observe the chemistry between her staff and customers. Those who didn’t know her would assume that she was a regular employee who just enjoyed her job as she operated very simple, immediately drawing love, admiration and attention from those looking on,” a Cable and Wireless (now Lime) customer recalled.

Another remembered: “What impressed me and continued to impress me over the years is that she was always reaching out to everyone and ventured into supporting organisations and institutions While they (C&W) were making profits, she never shied away from giving back, and that is why many organisations and institutions should credit their success for the way this woman operated the company.”

The rivalry from Digicel helped ‘Pat’ come up with some novel ideas. Many still recall the ‘Double Bubble Top Up’ a major hit with C&W customers and the rest of the nation. Under the scheme, customers received twice the amount of credit they put in their mobile phones.

Massive crowds snaked areas where the ‘Top Up’ was available.

“I was one of the many who enjoyed ‘Double Bubble’ so much that I topped up my phone with a certain amount so that I can wait patiently until it returned. At the time I was studying and couldn’t really afford to top up my phone regularly so the Double Bubble created opportunities for me to prudently spend my money, while maximising the benefits I got from the phone top up,” Michael remembered.

‘Double Bubble’ and other innovative intiatives helped wiped away the ill-will many had against C&W at the time, and their plans to flee en mass from the telecommunications firm, Michael recalled. He said it was a masterstroke by C&W decision-makers to employ a woman as CEO, and one with such substantial business acumen in combination with considerable managerial shrewdness.

That, Michael like many argued, saved C&W as a company.

Pat’s subordinates unanimously baptised her a trend-setter: one who leads from the front and single handedly revolutionised workers worldviews. Some of then told this publication, “Her impeccable track record of being service-driven has aided her accomplishing many firsts and even embracing unchartered territories”.

Her gilded footprints are left indelibly in London, Jamaica, Cayman Islands and Trinidad and Tobago, earning her the fond soubriquet, ‘The Golden Woman’.

Ask Donovan While, whose aggressive marketing ploy as the Marketing Manager of Anguilla, Antigua and St. Kitts and as the St. Kitts Nevis Country Manager to upend The Golden Woman’s influence fizzled into debased metal in the presence of her glistening, unalloyed campaign.

Dubbed a highly transformational leader with over a quarter of a century international experience, the qualified account started her career in finance in the Retail and Shipping industry before moving into the telecommunications business at C&W in the United Kingdom (UK). There she held positions as Financial Controller; Director.