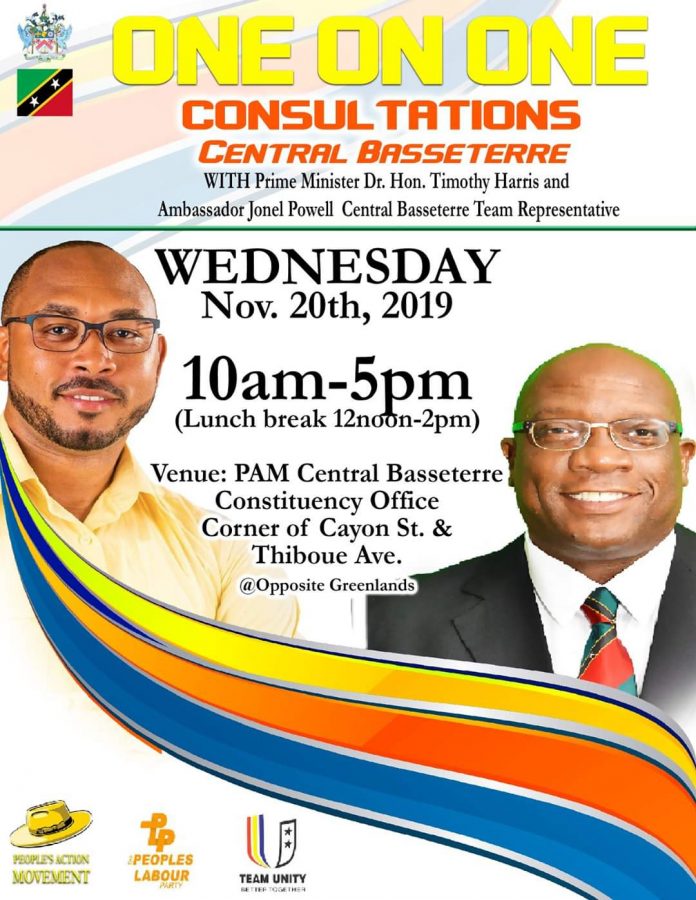 Prime Minister and National Political Leader of the People’s Labour Party (PLP), Dr. the Honourable Timothy Harris, along with the People’s Action Movement’s (PAM’s) caretaker for Constituency Two, Ambassador Jonel Powell will hold one-on-one consultations with citizens and residents on Wednesday, it was announced.

The one-on-one styled meetings with citizens and residents will be held at Ambassador Powell’s constituency office located at the corner of Cayon Street and Thibou Avenue, Basseterre in two separate sessions. The morning session is expected to run from 10 a.m. to noon while the afternoon session will run from 3- 5:00 p.m.

Citizens and residents, particularly those from Constituency Two, who wish to engage with Prime Minister Harris and Ambassador Powell in a private and personal setting are encouraged to come out Wednesday .

Prime Minister Harris recently engaged in a similar activity when he hosted meetings with residents at the at the PLP Constituency Number Three branch office of Senator the Hon. Akilah Byron-Nisbett in September.