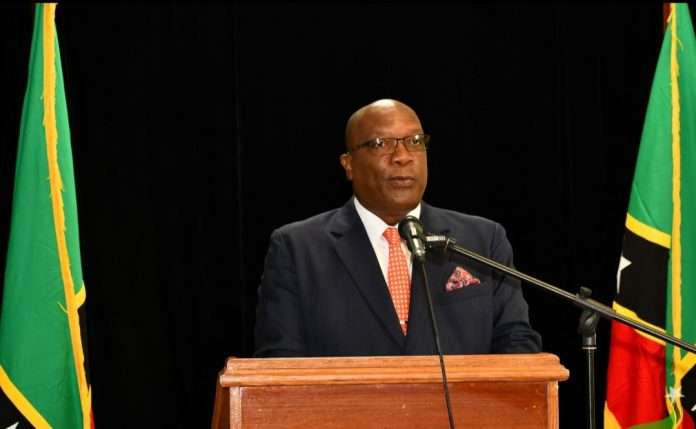 Prime Minister of St Kitts and Nevis Dr Timothy Harris has called upon the Premier of Nevis Mark Brantley to account for the more than $400M in budgetary support given to the Nevis Island Administration from the Federal Government.

Responding further to claims about Nevis not receiving its fair share of monies from Citizenship By Investment, Dr. Harris challenged Brantley to show how the money had been used.

“They must account for the over $400M provided by this federal government to the people of Nevis, then let us see who is being unfair.”

The Prime Minister claimed that Brantley is the one being unfair to the people of Nevis, by not telling them the facts.

“Somebody is being dishonest in their reporting, and the country does not need this kind of dishonesty from leadership playing games with the people of Nevis and the people of St Kitts and Nevis.”

The Prime Minister questioned who determines what is a fair share.

Dr Harris reminded of Brantley’s words, noting it has been the best relationship between St Kitts and Nevis.

“So what is the issue then? Seek for truth and you will find it.”

He said that Vance Amory wrote to him while he (Amory) was Premier, and requested $30M as a fair and equitable distribution to the people of Nevis.

The prime minister added that when Brantley became the premier of Nevis, he too wrote requesting what he determined was a fair share for the people of Nevis.

“A whopping 50 percent increase he requested. $45M determined by them. It is not I who pulled the figures. In every letter that is there on the records, it would reflect these are the requests they determined were reasonable, but when it suits them they want to change the goalposts.

“We moved from $30M to $45M within a short window of time, and everything was good and dandy.”

Dr Harris said that after the budget, in which they had requested the $45M for 2022, the Premier of Nevis asked to increase it to $66M.

“What do you think he was asking for? An unfair portion or a fair and equitable portion of what he deemed was required? It is he who was asking. It is he who has put that in writing and we agreed to provide $66M – a 46.7 percent increase in budgetary support.

“Where else in the world you can get those kinds of jumps in revenue? By the end of 2022 we are talking 66M, having started around 2016 with 30M… over 100 percent increase. How could that figure in any language be unreasonable and unfair?”

He said it was a political agenda to try and play divisive politics.

“The unfairness now is those who have a political agenda. The unfairness talk is coming from those who voted on the amounts in the budget year after year as fair and equitable, but now for petty politics, divisive politics, now for secessionist politics it is suddenly unfair.”

He also disclosed that along with the $66M commitment, the federal government assisted several other expenditures for the NIA.

“We procure their pharmaceuticals, in addition to what we are giving to direct budgetary support at their request. Although education is part of the subject of the NIA, it is the federal government paying the economic cost. It never used to be that in time before us.

“In addition to the $66M, we have paid millions of dollars to the STEP workers who are managed by the NIA and its functionaries. Did you know that in the PAP programme we are paying millions of dollars of it for those in Nevis who have applied and qualified? In addition to the 66M, the cost of the security services in Nevis, that too is being carried by the federal government.

He added that the police is also the responsibility of the federal government.