Basseterre, St. Kitts – The Prime Minister of St. Kitts and Nevis the Honourable Dr. Timothy Harris commends the electorate of Nevis who are going to the polls today to vote in the local elections.

Reflecting on the elections process, Prime Minister Harris noted that the people of Nevis have succeeded in maintaining calm, peace and stability during what has been a very robust campaign waged between the ruling Concerned Citizens Movement (CCM) and the opposing Nevis Reformation Party (NRP).

He said that his Team Unity government would respect the election outcome regardless of which political party wins later today. “The federal government, of course, believes in democracy; democracy is what got us into office,” he said. “I trust that everything will go well in accordance with the richest traditions of parliamentary democracy.”

However, reflecting on the state of the union between St. Kitts and Nevis, Prime Minister Harris said the Concerned Citizens Movement had ushered in a new era of good relations with the federal government and of steady progress for the people of Nevis. This “never-before-seen coming together of the federal government and the Nevis Island Administration (NIA) has given rise to increased optimism and opportunities for the people of Nevis,” which is a positive result the prime minister looks forward to seeing continue. 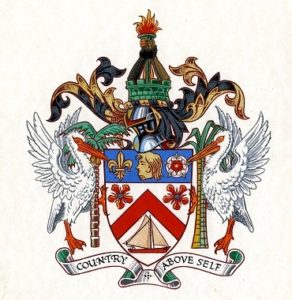