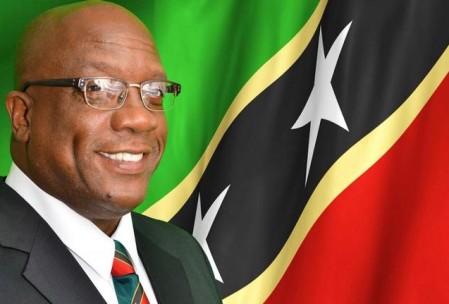 BASSETERRE, St. Kitts – St. Kitts and Nevis’ prime minister, the Honourable Dr. Timothy Harris, has extended sincere congratulations on behalf of the government and people of the federation of St. Kitts and Nevis to President Uhuru Kenyatta and his cabinet on their recent victory at the polls.

In his congratulatory letter to President Kenyatta, Harris said while St. Kitts and Nevis and the republic of Kenya only recently established formal diplomatic relations, “it is important to remember that our cooperation extends prior to that in the context of engagement at the level of the ACP group, the Commonwealth and the United Nations.”

The prime minister continued, “It is my hope that through this formal establishment, this important bilateral relationship will be further strengthened through people to people contact, ties, tourism, trade and renewable energy cooperation, specifically.”

The St. Kitts and Nevis leader pointed out that Kenya has made significant progress over the years in the pursuit of national development and has subsequently cemented itself as a leader within East and Central Africa.

“St. Kitts and Nevis and Kenya share values of democracy, respect for rule of law and non interference in internal affairs of member states,” Prime Minister Harris stated, while adding that he looks forward to “our continued collaboration to achieve results in this context.”