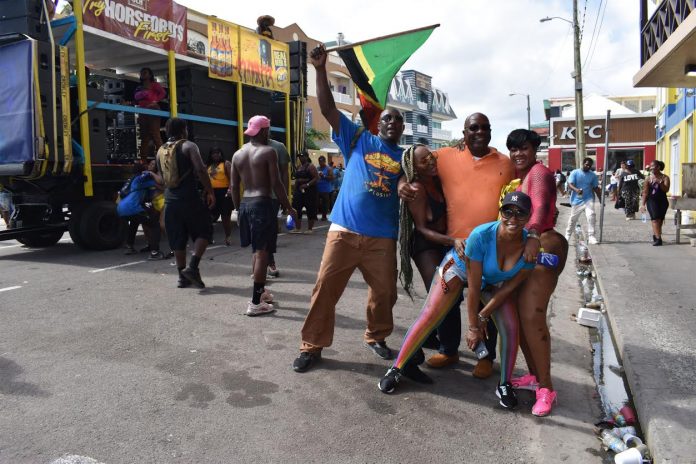 BASSETERRE, ST. KITTS, December 27, 2019 (MMS-SKN) — Prime Minister, Dr the Hon Timothy Harris, was among thousands of revellers who streamed into the streets of downtown Basseterre on Thursday December 26 for the 2019 J’ouvert jam session which has been described as one of the best, if not the best, where people were having much fun in peace.

With new jam routes that covered most of downtown Basseterre, the troupes crisscrossed the streets to the pulsating music of four of the country’s top bands, Nu-Vybes Band International, Small Axe Band, Collision Band, and Grand Masters Band, and a host of DJs. Prime Minister Harris first joined the revellers at the corner of Church and Central Streets.

“I want to commend the organisers of the J’ouvert jam session for what turned out to be a very enjoyable experience for all the revellers and those who came out to get their introduction to carnival,” said Dr Harris. 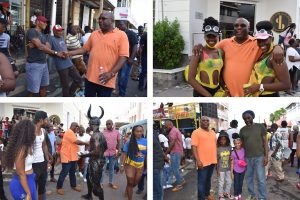 Revellers and a host of Prime Minister’s fans including young children could not resist coming up to him to hug him and have pictures taken with him. In a hilarious encounter an ‘oil’ jammer walked up to the Prime Minister with his hands wide open wanting to hug him. Even though the actual hugging did not take place, the encounter nonetheless left some oil marks on Prime Minister’s orange coloured polo shirt.

“J’ouvert is and has always been an important aspect of our carnival where our people open themselves – free themselves of their inhibitions and basically just relax and have fun,” said the Prime Minister.  “True this year we saw a people really feeling alive, feeling sufficiently safe to be able to abandon all cares.”

Further, the Prime Minister noted: “Thousands of revellers and spectators and returning nationals were on hand to witness what many described as one of the most sensational, certainly peaceful and many people spoke to that feeling of peacefulness and tranquillity that prevailed in St. Kitts and Nevis.”

After spending some time at the corner of Church and Central Streets, the Prime Minister moved on to Bay Road outside Ram’s Supermarket, where he was joined by his Cabinet colleague and Minister of Public Infrastructure the Hon Ian Patches Liburd. They later moved on to the Old Treasury Building, and when activities slowed down, they crossed over to Amina Craft Market where they interacted with craft vendors and tourists coming off three cruises ships that were docked at the two cruise piers in Port Zante.

“It was a wonderful experience for me,” reported the Honourable Prime Minister. “It provided a good opportunity to interact with a wide cross section of persons, including returning nationals and revellers of all walks of life, of all age groups including the young children who we want to be, and who must be those who will continue these traditions that have been part of life.”

In conclusion Prime Minister Harris said: “I feel very satisfied by the turn out, the high degree of merriment in the air, the high sense of peace and the atmosphere of a country that is striving and it will continue to do well.”

There was a heavy presence of members of the Royal St. Christopher and Nevis Police Force walking up and down and mingling with the revellers and some were seen driving behind the troupes. The weather was good and with no disturbances the jam session, which had started at 4:00 am, lasted quite a considerable time as some revellers were still jamming even after 12:30 pm. 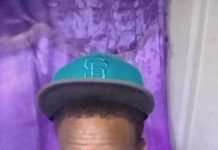