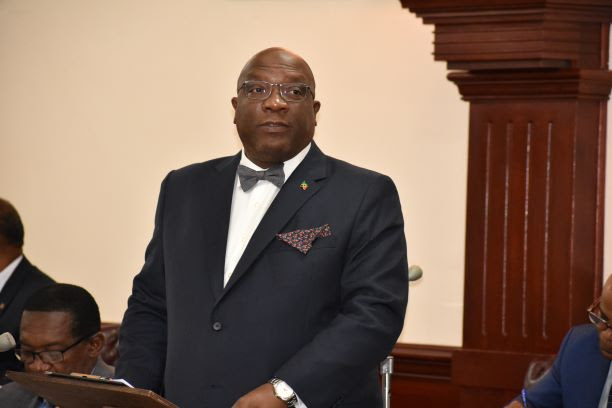 Parliamentarians in St. Kitts and Nevis have been hailing the service of Federation Prime Ministerr Dr. Timothy Harris who recently wrapped up a week of celebration in recognition of his 26 years as elected Member of Parliament.

Among them were Premier of Nevis Mark Brantley, who noted that Dr. Harris is also the longest serving minister in Federal Government in the history of St. Kitts and Nevis at 22 years and counting.

“I think that that is a miraculous feat. We recognize that longevity is not something that most of us get in a life in politics and so to have done 26 years I think is something that ought to be celebrated.

“I certainly join in extending my congratulations to the Honourable Member from #7 and to wish him continued good health and continued success.”

Leader of Government Business Eugene Hamilton, stated that Prime Minister Harris’ “sterling leadership” of Team Unity and the current administration is “unmatched” by any other administration before.

Hamilton highlighted some of Dr. Harris’ achievements and notable work as the Parliamentary Representative for Constituency #7, singling out the successful Help-a-Child Scholarship programme.

“The Help-a-Child programme has been helping so many students. It is about 700 students who have now been helped in that constituency, receiving a record of $140,000 in grants so far. Of course, we know that he has done a lot of work in Tabernacle and in Molineaux where he has refurbished the Mary Charles Hospital…, he has improved the housing [situation] in Belle Vue and Phillip’s village.”

Member for Constituency One, Ian ‘Patches’ Liburd, also offered words of congratulations to the honourable prime minister,hailing Dr. Harris as “an exemplary politician with whom you can’t go wrong if you follow him.”

Sunday was the final day of celebrations with Dr. Harris concluding his celebratory week by attending worship at the House of Deliverance New Testament Church of God located at Main Street, Tabernacle.