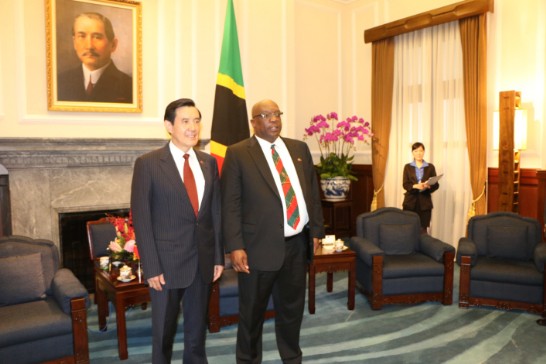 President Ma is on a seven-day farewell tour with high-ranking officers and a press corps from the ROC (Taiwan) where he first visited the United States of America (USA) before travelling to Guatemala to meet with new president Jimmy Morales and then lastly to Belize from March 16-17 to meet with Prime Minister of St. Kitts and Nevis, Dr. the Hon. Timothy Harris, Prime Minister of St. Lucia, Dr. the Hon. Kenny Anthony, Prime Minister of St. Vincent and the Grenadines, Dr. the Hon. Ralph Gonsalves and Prime Minister of Belize, the Hon. Dean Barrow. President Ma will meet with the Heads of Government on March 17. While in Belize, he is also expected to pay a courtesy call on Governor-General of Belize, Sir Colville Young.
President Ma is visiting his diplomatic allies to discuss ongoing future cooperation with ROC (Taiwan) before he demits office in May and President-elect Tsai Ing-Wen, the country’s first female president, assumes the mantle.
Asked why he was doing this two months before he hands over leadership, President Ma reportedly told the press corps travelling with him that “there is no caretaker, interim period for diplomacy.”