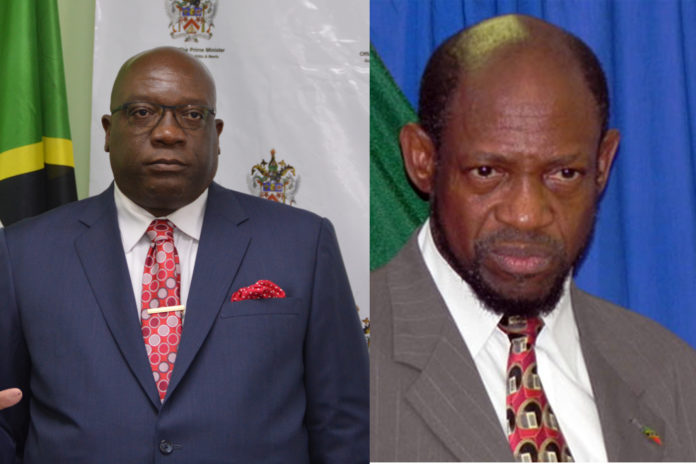 BASSETERRE, St. Kitts – St. Kitts and Nevis’ Prime Minister, the Honourable Dr. Timothy Harris, made “a shocking revelation” to the nation that the leader of the opposition, the Right Hon. Dr. Denzil Douglas, is a citizen of another country, and as such, has “exposed the hypocrisy of the former prime minister, who has in the past been a staunch advocate against holders of dual citizenship.”

Speaking during a press conference today, the prime ministers further revealed that Douglas “promotes another country’s Citizenship by Investment Programme and undermines that of St. Kitts and Nevis’, and that he, Douglas, holds a diplomatic passport of another country.

“When a man holds the diplomatic passport of another country…whose interest is being put forward?” Harris asked. “Is it the one who gives him the diplomatic passport or is it his native land? It is a serious practical and constitutional difficulty that we have to deal with,” the prime minister said, questioning Douglas’ loyalty to St. Kitts and Nevis.

Article 6 (I) of the National Assembly Elections (Amendment) Act of 2009 states, in part, that “a person shall not be qualified to be elected or appointed as a member [of the National Assembly] if he or she (a) is, by virtue of his or her own act, under any acknowledgement of allegiance, obedience or adherence to a foreign power or state.”

Harris said “the same Dr. Douglas has in the past showed disdain for holders of dual citizenship. His vendetta against Lindsay Grant, against Shawn Richards and Eugene Hamilton, are all well known. So serious was this matter of dual citizenship for persons participating in the Parliamentary life of the country that Dr. Douglas passed the National Assembly Elections (Amendment) Act No. 16 of 2009.

“It wasn’t just simply a matter of policy; it was something that he felt so deeply moved about that he was moved to bring a piece of legislation – and I supported the legislation for what it was worth – as a matter of principle that those who are coming before the people of the country for service, must come unencumbered to the extent that that principle was eliminated in the Parliament,” said Harris, while challenging Douglas to “confirm the truth surrounding dual citizenship status.”

The prime minister said this matter of the leader of the opposition possessing a passport other than a St. Kitts and Nevis passport “raises significant questions of a civic, political and constitutional nature. In my humble view, the people of St. Kitts and Nevis have a constitutional right to be represented only by people who owe and, who appear to owe, their undivided loyalty and allegiance to the federation,” he said.

He added, “The people of St. Kitts and Nevis are entitled to a robust parliament with all members free to represent their constituencies in the best interest of the federation, free from external constraints and allegiances. The government has a responsibility to investigate all circumstances surrounding the issuance of a foreign diplomatic passport to a member of the National Assembly.” 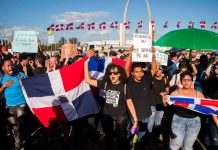 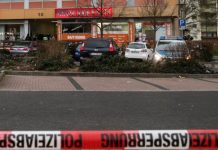 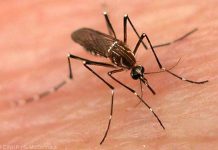