The Governor-General said, “In this short but very formal and significant ceremony I now have the pleasure to invite his Lordship Justice Trevor Ward QC to come forward and to administer the oaths to Dr the Hon Timothy Harris, the Prime Minister.”

After all the three oaths were administered and papers duly signed by all the parties, Governor-General His Excellency Sir S.W. Tapley Seaton said:  “May I be the first to congratulate Dr the Hon Timothy Harris on his appointment as the Prime Minister and to invite him to deliver some remarks. May I also thank the Lordship for administering the oaths.”

Dr. Harris said, “I promised I would not let you down and promised the administration that I would lead will not let down the people of St. Kitts and Nevis.”

He said that it was an honor for him to have the opportunity to be sworn in for a second time as Prime Minister.

“We shall create the modern history in St. Kitts and Nevis by making the example of the best managed small island state.  That is my pledge and that is my commitment.”

Dr. Harris hailed the outgoing Team Unity cabinet and commended the work of Vance Amory, who is retiring, and Ian “Patches” Liburd who was unsuccessful at the polls. He also pledged that this would be his last term serving as Prime Minister, a promise he made in 2015, then saying he would only serve two terms if elected.

He said their success at the polls on June 5 is a vindication of their excellent work on behalf of the people. “Our performance really lived up and indeed some will say surpassed the promise we had made. Friday we the people of St. Kitts and Nevis made history again as the first coalition government in the Federation to return after an election with an increased majority.”

He said in his constituency it was the strongest result of the 27 years of his representation.

“I want to personally thank from the bottom of my heart the 1,870 voters who voted for me and I commend the 607 who voted for an alternative for their participation in the democratic process.”

Dr. Harris noted that the general election was a consensus on how the population wanted the country to be run.

“It was a repudiation of the bitterness and selfish agenda of those who sought to dictate to the government, not recognizing that ultimately it is to the broader electorate to which an elected government must respond.”

The effort will now be made to deliver on the promise of a stronger and safer future according to Dr. Harris.

“We are all honored and humbled by the faith and confidence which you have reposed in us. I promise I would not let you down and promise the administration that I will lead will not let down the people of St. Kitts and Nevis.

The ceremony was also attended by Leader of the People’s Action Movement (PAM), the Hon Shawn Richards, Cabinet Secretary Mrs. Josephine Huggins, resident ambassador of the Republic of China on Taiwan His Excellency Tom Lee, and Miss Shaiyan Harris, a daughter of the Prime Minister.

Dr. Harris said the cabinet of ministers will be announced in the coming days. 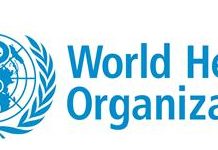 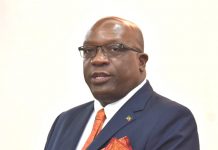 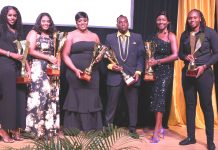 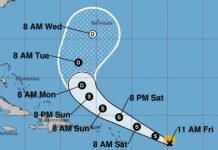