PM: Ruling on motions of no confidence bears significance for entire region

Basseterre, St. Kitts –Prime Minister of St. Kitts and Nevis the Honourable Dr. Timothy Harris said he believes the landmark ruling by the High Court in the “Motion of No Confidence cases” is of significant importance not only for the democracy of St. Kitts and Nevis, but for the wider Caribbean region as well.

Reacting to the judgment handed down by Resident Judge Her Ladyship the Honourable Justice Pearletta Lanns Nov. 7 in favour of the six claimants in the “Motion of No Confidence cases,” Harris described the verdict as a tremendous victory, saying it “would become the example throughout the rest of the Caribbean as to how governments ought to treat motions of no confidence. We feel a sense of vindication. It is a big day for democracy in St. Kitts and Nevis, and it represents, in my view, a repudiation to the policies of the Douglas administration.”

The Hon. Curtis Martin, then speaker of the National Assembly, was a defendant in both cases.

After consideration of the parties’ arguments, Her Ladyship concluded that “Every elected member or elected representative in the National Assembly has an implied right under Section 52-(6) of the Constitution of Saint Christopher and Nevis to bring a motion of no confidence, and to have that motion listed, debated and voted on without undue delay and within a reasonable time.”

Lanns also concluded that “the court has jurisdiction and that the rights [tat] are implicit in section 52-(6) had been violated by the failure of the speaker to schedule the motion of no confidence for debate, and to be voted on without undue delay and within a reasonable time of the motion being handed to the clerk, or sent, or left at the clerk’s office.”

Though the Team Unity coalition secured a historic victory at the polls Feb. 16, 2015, Prime Minister Harris said a definitive ruling on this matter was still of significant importance, particularly as it relates to our democracy, and how a parliament should function.

“What the court has done by this judgment, as I understand it, is to indicate that never again should a government in St. Kitts and Nevis do what the Douglas administration did in denying the hearing of a motion of no confidence,” Harris said. “These judgments set standards for behaviour and conduct; they set standards [that] other[s] with interest in democracy could use as a precedent, and so because we are part of an OECS Judiciary, for example, the importance of this goes beyond the borders of St. Kitts and Nevis.”

Lanns also awarded costs to the claimants to be assessed by the court, if not agreed upon by the parties within 21 days. 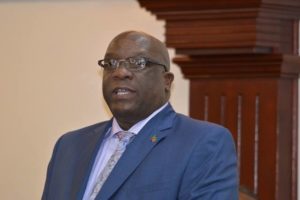 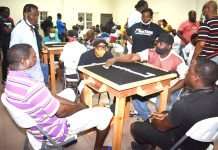 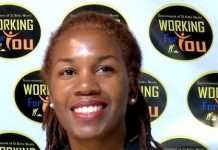 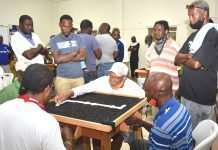 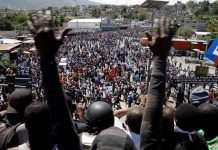