PM: St. Kitts-Nevis government has ‘every confidence’ in management of bank

Basseterre, St. Kitts – Prime Minister the Honourable Dr. Timothy Harris said Nov. 29 that his government has “every, every confidence” in the ability of St. Kitts-Nevis-Anguilla National Bank Limited’s management to minimize risk for the institution and achieve best results for the citizens of St. Kitts and Nevis.

“The reality is, the National Bank remains a bank of good standing,” he said. “It remains the largest indigenous bank [in the ECCU],”

Speaking yesterday, Harris noted that “it is the job of the management to manage the bank in the best interest of the entity and to bring value to the shareholder…the shareholder relies upon reports, and an independent audit report is one of the key pieces of information. The professional people, the independent people, whose job it is to make the assessment are prepared to say that the financial statements reflect fairly and truly the financial condition of the entity.”

Indeed, the Independent Auditors’ Report to the Shareholders of St. Kitts-Nevis-Anguilla National Bank Limited, prepared by Grant Thornton in St. Kitts, a member firm of Grant Thornton International Ltd. (GTIL), and dated March 30, stated the following as its opinion: “In our opinion, the consolidated financial statements present fairly, in all material respects, the financial position of the St. Kitts-Nevis-Anguilla National Bank Limited as of June 30, 2016, and its financial performance and its cash flows for the year then ended in accordance with International Financial Reporting Standards.” 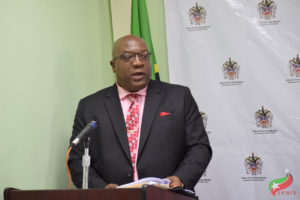