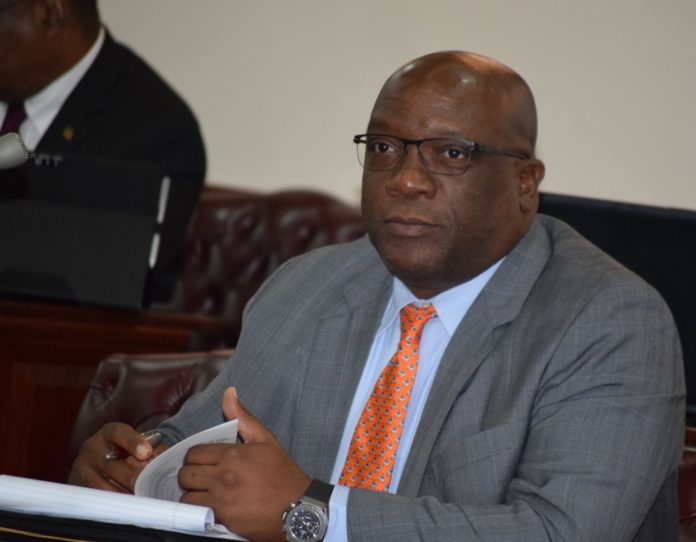 BASSETERRE, St. Kitts, June 13, 2017 – St. Kitts and Nevis’ prime minister, the Honourable Dr. Timothy Harris, says the bilateral relationship between the federation and the Republic of China (Taiwan) was “further cemented” after a June 5-9 visit by his delegation.

“I am of the firm view that the bilateral relations between our two countries have been strengthened,” he said during Tuesday’s sitting of the National Assembly. “Taiwan appreciates the constancy and the sincerity of our friendship and it is committed to be a country on which we can depend.”

During the visit, which came at the invitation of the Taiwanese government, the prime minister held “fruitful” discussions with the president of the Republic of China (Taiwan), Her Excellency Dr. Tsai Ing-Wen; the minister of foreign affairs, the Honorable David Lee Ta-wei; Her Excellency the minister of the the Mainland Affairs Council, the Honorable Chang Hsiao-yueh; the head of the Taiwan External Trade Development Council (TAITRA), James C.F. Huang; the major of Kaohsiung, the Honourable Chen Chu; the magistrate of Kinmen and several businessmen.

Harris noted that official visits of this nature between St. Kitts and Nevis and Taiwan are nothing new, since the establishment of bilateral relations began in 1983.

“Every country, large or small, has utilized the good offices of the head of the government and the head of the state in pursuance of a state-to-state diplomacy, and effective diplomacy often times requires face to face meetings, interactions and discussions in which ideas can be expressed frankly and persuasively,” Harris said. “As one of our most important government-to-government relationships, and has been the practice since the establishment of diplomatic relations 34 years ago, government officials from Saint Kitts and Nevis have, in keeping with diplomatic norms, visited Taiwan, showing solidarity and steadfastness, while exploring new ways to strengthen and deepen the bilateral relationship.

“This long-standing tradition has transcended personages and governments in both countries, especially as recently as 2016 with Taiwan’s political shift and pressures, and increases the need for these visits,” Harris added. “In addition, also in the context of Taiwan, nurturing a relationship between two new leaders has and is a significant step in the respective countries.”