BASSETERRE, St. Kitts — The Federal Government has since 2012 spent about $300 million on the People Employment Programme (PEP)/Skills Training Empowerment Programme (STEP), and Prime Minister Dr the Hon Timothy is reminding workers in the programme not to take the opportunity they have for granted but to work hard.

Prime Minister Harris, who is also the Minister of People Empowerment under which Skills Training Empowerment Programme (STEP) falls, has said that there are over 2,500 persons in the programme who are being paid every week, costing the government more than four million dollars a month.

“The government is concerned about money management,” Dr. Harris said. “I have to be satisfied that every dollar that is spent on item ‘a’ or service fee, it is a dollar not wasted but well spent on behalf of the people of St. Kitts and Nevis,” said Dr Harris who also holds the Finance Ministry portfolio.”

Prime Minister Harris made the remarks when he addressed members of STEP Community Clean-up Groups from the Cayon area at the Cayon Community Centre on Thursday Dec. 6. The STEP workers were undergoing the third in a series of Soft Skills Training Programme, this time focusing on ‘Money Management.’

“We are talking about money management, and to have sustained PEP, now STEP from 2012 until now has cost this country about $300 million,” said Prime Minister Harris. “Somebody has to answer at some point in time whether that has been money well spent.”

Dr. Harris said that whether the money had been spent well or not, it would depend on the STEP workers themselves, their work, discipline and attitude. As the Minister of Finance he advised them not to take the opportunity provided for them for granted, as that is the kind of money that could build a new Basseterre High School.

“We want the people on STEP to produce,” said the Prime Minister. “If you produce, if you work hard, if you do your best, St. Kitts and Nevis would advance even further. So I have come to encourage you to do your very best. Do your very best and set a standard – and you have to set the standard because you are just as good as any other worker. You therefore have to have your standard regarding your work, your punctuality, your discipline and the way in which you are going to relate on the job.”

Chairing the proceedings was Wendell Wattley, Director of STEP, who noted the programme with the clean-up groups around the island was the third, the first two at Conaree and St. Johnston Community Centres having focused on ‘Conflict Resolution’. The Soft Skills Training Programme on Money Management at Cayon Community Centre was facilitated by two managers from the Finance Department of the St. Kitts-Nevis-Anguilla National Bank, Mrs. Petronella Edmeade-Crooke, and Mrs. Angelica Lewis. 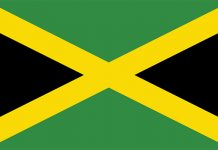