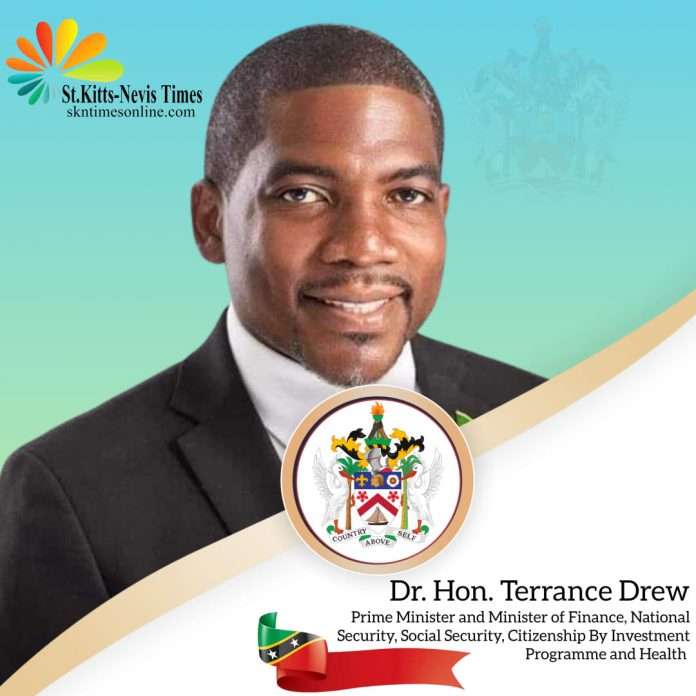 As St. Kitts and Nevis celebrates its 39th anniversary of political independence from Britain on Monday, Prime Minister Dr. Terrance Drew has hinted at a move toward republicanism saying the occasion once again raises the issue of whether the twin-island federation is “truly independent”.

“The debates are robust and lively in our barbershops, village bars and shops and even in our homes among friends and relatives,” Prime Minister Drew said in his first independence address since his St. Kitts-Nevis Labour Party (SKNLP) won the last general election on August 5.

“While the answers will vary, I believe we can all agree that our federation has come quite far since that day 39 years ago when we first uttered the words of our anthem: “Thy children stand free on the strength of will and love.”

It is our will and our love of nation that has brought us this far. We are a people who are always stretching for the better. We have the power of our ancestors, the many unsung, known, and unknown heroes whom we celebrated just this past weekend on National Heroes Day,” Drew added.

The celebrations are being held under the theme “Refocus, Re-create, Redesign: Independence 39” and Prime Minister Drew told the country that political independence was just the first step and that over the years “we have also built the foundation of our own social, economic, and cultural freedoms.

“I will confess, we are not totally free yet – as a small island nation, we depend on many partners, internationally and regionally. But we are on a path of continuous improvement for our people and our country. And as your fourth prime minister of this land …I am honored to lead our country along this path. Our nation is much closer to true independence than not.”

Prime Minister Drew said the federation approaches 40 years as an independent nation next year “we also set our eyes on transitioning into a republic.

“We trod on towards that goal. That goal of self-determination and self-actualization is where we truly encapsulate our sovereignty.

“That is why each time I get the opportunity to speak to our nation’s young people, I challenge them to be innovative, to be creative and to envision a better St. Kitts and Nevis and use their immense skills to help get us there.”

During his address, Prime Minister Drew recognized the passing of Britain’s Queen Elizabeth 11, who was laid to rest on Monday.

“Her 70-year reign was marked by resilience and piety, and we offer prayers and comfort to her family and all who mourn at this time.”

Meanwhile, Caribbean Community (CARICOM) Secretary General, Dr. Carla Barnett in a message marking the federation’s independence celebrations, said the population “can be proud of the progress the country has made since independence.”