BASSETERRE, St. Kitts — The Royal St. Kitts and Nevis Police Force (RSCNPF) apprehended an intruder while inside a house in Fortlands, Basseterre after patrols responded quickly to a report of a robbery.

The RSCNPF received a report from a resident in the area after 4 p.m. on Monday, September 28. Several units responded and, upon arrival, the Police met the intruder inside the house. He was arrested and taken into custody. Investigations so far have revealed that the owner of the premises currently resides overseas and the caretaker of the house was interviewed.

Personnel from the RSCNPF Forensic Department visited and processed the scene. Investigations into the matter are ongoing.

If anyone has information about this incident, if you saw, heard or know something, you are urged to contact the Criminal Investigation Department at 465-2241 or the nearest Police Station. 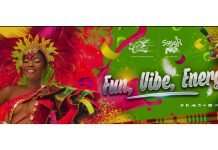