Twenty-nine new recruits are currently undergoing general duty training at the Police Training School in preparation for Carnival 2019-20, where they will be taught topics such as statement writing, local history, crowd control and internal security, among others.

“There will be many responsibilities thrown at you where you will be responsible for the safety and security of our Federation and we expect you to do a professional job at all times. Get serious and be disciplined. When you are in the parade square, we don’t want to hear any complaints,” Assistant Commissioner of Police with responsibility for Operations, Adolph Adamssaid at a brief ceremony Monday.

Carnival activities are planned for the months of December and January

This year’s course consists of 29 recruits – 21 males and 8 females –the majority hailing from St. Kitts and Nevis, as well as Grenada, Jamaica, Dominica and St. Vincent and the Grenadines.

The official start of Course 44 is slated for January.

Lawton Forbes of Hamilton Estate, Nevis, was convicted of Wounding with Intent, Possession of a Firearm and Possession of Ammunition Nov. 28

He was remanded to Her Majesty’s Prison pending sentencing on April 20, 2020. 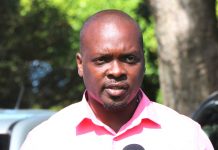