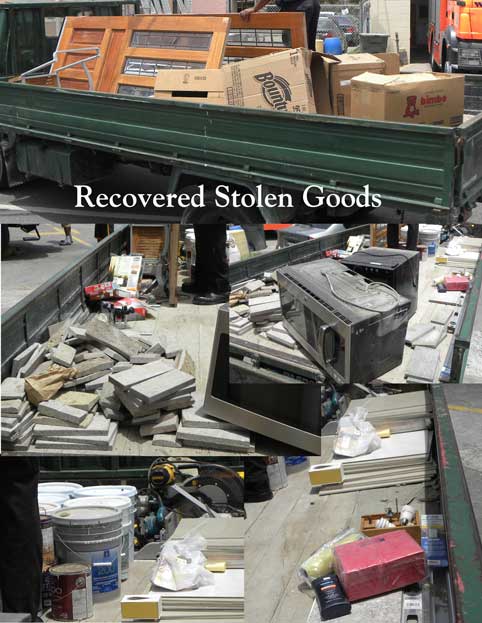 By a staff writer

The police have arrested Jeanette Neil of Hamilton Nevis and charged her with allegedly receiving stolen goods from Allen Broadbelt, who was arrested last week.

Between July 19 and 20, 2014, Broadbelt allegedly broke into a house in Farms Estate Nevis. At that time, Broadbelt was a juvenile.

In a May 5 press release, authorities indicated three additional charges were filed against Broadbelt for house-breaking and larceny occurringOct. 6, 2015 in the Stoney Grove area of Nevis; between Oct. 4-10, 2015 in Farms Estate; and between Oct. 10-24 in Nugent Heights.

On April 28, police officers removed chairs, a barrel with food and other stolen property from Neil’s home in Hamilton. On Wednesday she was granted bail.

When the 2014 offence was committed, Broadbelt was a juvenile, now he is 19.

Items seized included dining tables, air-conditioning units, construction supplies, tools, chairs, sofas, televisions, lamps and cases of alcohol. Authorities even removed the front door of the house where the stolen items were stored, because it is allegedly stolen property.

The police have issued a request asking anyone who had their house broken into to go to the Charlestown police station to identify any property that was reported stolen.