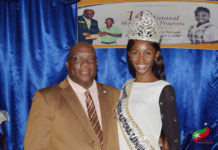 Another Murdered on the Loose