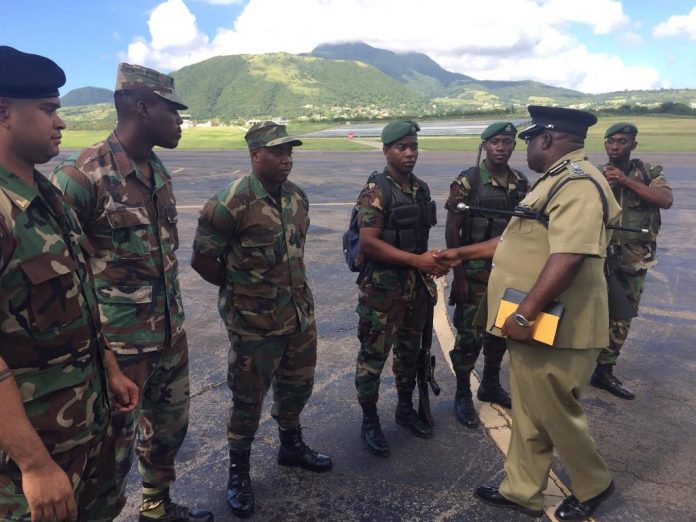 Three police officers and three soldiers are on their way to Dominica, it was announced Wednesday as part of a regional contingent in response to a request made by the authorities in Dominica, the Regional Security Service (RSS) to form a peacekeeping mission to assist with the maintenance of law and order in that country.

Dominica has been going through a period of unrest in several areas, and General Elections are due on Friday.

The RSS reached out to its partner security agencies, asking each territory to contribute personnel. The Royal St. Christopher and Nevis Police Force and the St. Kitts and Nevis Defence Force came together to meet the request.

The troops are expected to remain in Dominica for one week once their services are no longer required to provide critical support to local law enforcement personnel in a number of areas, including routine patrols.

Commissioner of Police Hilroy Brandy reminded personnel they were representatives of St. Kitts and Nevis and urged them to do their best.