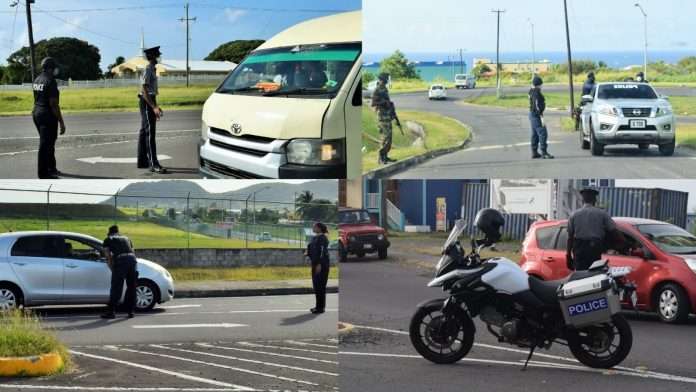 Police Officers of The Royal St. Christopher and Nevis Police Force have been able to remove several illegal firearms and ammunition from communities around the Federation as a result of the operations they execute regularly.

For the year so far, they have conducted hundreds of searches on derelict vehicles and empty lots of land, in addition to over 1,000 searches on abandoned houses. Such exercises are just a few of the overall operations conducted by the Officers at the various Police Stations and units throughout the Federation. They also routinely carry out vehicle check points (VCPs), execute warrants and make arrests, among other things.

On September 03, 2021, while conducting a VCP at the South East Peninsula, Police Officers stopped and searched a motor car and its occupants. One (1) Taurus G2C 9mm pistol, two (2) magazines and ten (10) 9mm rounds were found in the bag of one of the persons in the vehicle. The items were taken into police custody along with the occupants of the vehicle.

On August 20, 2021, a search on an empty lot of land at Ponds Pasture resulted in one (1) High Point C9 9mm pistol with eight (8) 9mm rounds and one (1) magazine containing nine (9) 9mm rounds being taken into custody. Prior to that, a search on an abandoned building at East Park Range resulted in one (1) pistol magazine containing two (2) .40 rounds of ammunition being taken into custody.

To date, these finds have brought the total number of illegal firearms seized by the Police to eight (8).

Notwithstanding the additional duties brought on by the response to the COVID-19 pandemic and the support they provide to the Ministry of Health when requested, the Officers have been able to continue playing their part to keep illegal firearms and ammunition off the streets of St. Kitts and Nevis.