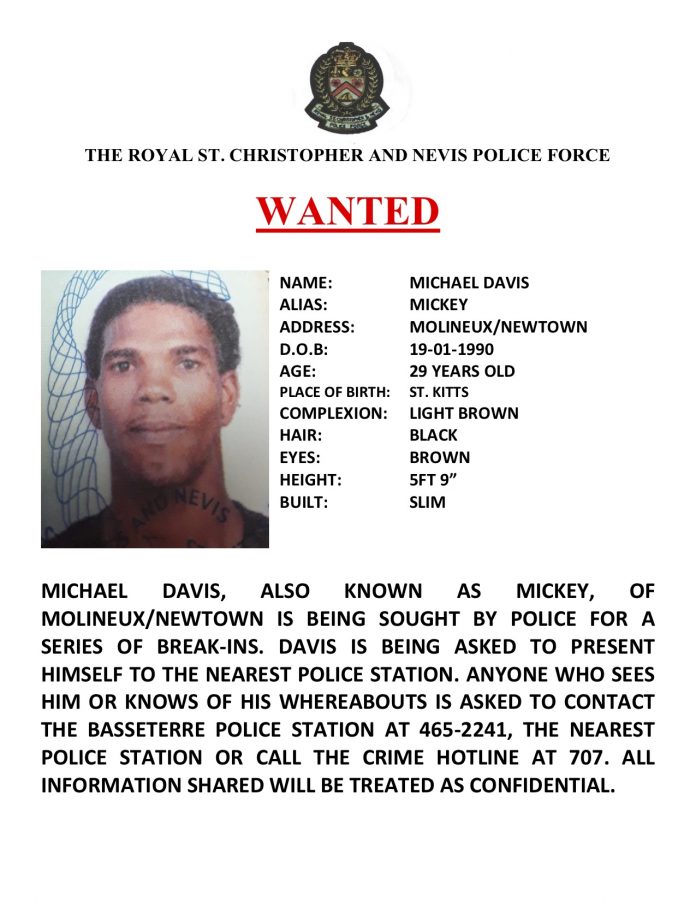 Michael Davis, also known as Mickey, of Molineux/Newton, is being sought by police in connection with a series of break-ins, according to a wanted poster circulated Friday by the Royal St. Christopher and Nevis Police Force.

Davis is being asked to present himself at the nearest station, police said.

Anyone who sees him or has information on his whereabouts are asked to contact the Basseterre Police Station at 465-2241, the nearest police station or the crime hotline at 707. All information will be treated confidentially.