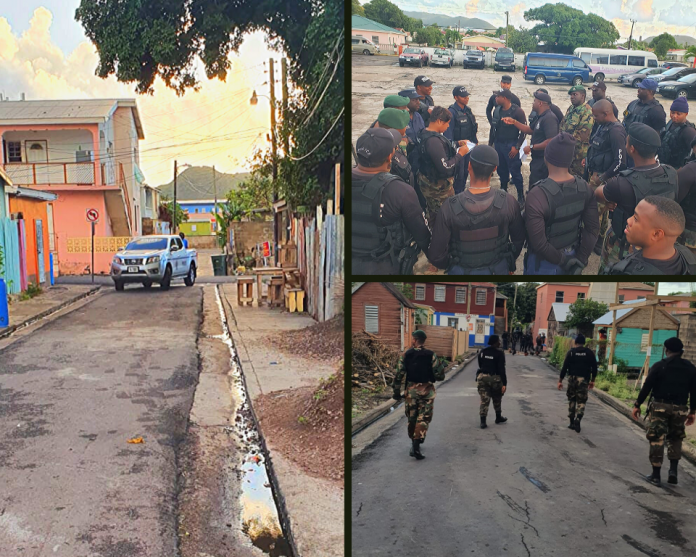 Last year, the Tactical Units of The Royal St. Christopher and Nevis Police Force carried out just over 17,000 stop and search exercises throughout the federation, 12,000 search operations on abandoned properties, empty lots and vehicles and over 4,000 vehicle check points and hundreds of search warrants, according to a police press release.

These officers were instrumental in the seizure of large quantities of illegal substances, illegal firearms and ammunition. Through intelligence-led operations, they were also able to foil several criminal activities to keep the federation’s streets safe, according to police.

As a result of the crime fighting initiatives undertaken in 2019 by the Police, there was a 28 percent reduction in crimes committed and some 47 illegal firearms were taken into Police custody, police said, adding two illegal firearms have already been removed from the streets of St. Kitts and Nevis for the year so far.

The men and women who comprise the Special Services Unit (SSU), K9 Unit, Anti-Gang Task Force, Drug Squad, and Task Force in Nevis — the tactical units — work lengthy shifts to provide foot and mobile patrols around the clock. These groups have received specialised training in areas such as K9 handling, hostage situations, explosives, executing warrants and negotiations, explained police, adding it is a physically demanding job which requires dedication, teamwork and a strong work ethic.

Though modestly staffed, the units are divided among the three districts with the SSU, K9 Unit and Drug Squad operating in District ‘A’, while the Anti-Gang Task Force and Task Force operate in Districts ‘B’ and ‘C’ respectively.

The role of the tactical units are mainly to respond to high risk situations or any incident beyond the scope of the standard patrol responders. They will also assist front line patrol officers by adding to their resources. They are always prepared to address any threat to public order or internal security, the release explains.

These officers have some of the same responsibilities as other police officers, but added to their list of duties are providing security for dignitaries and other high-ranking officials, as well as crowd management — to name a few. The units are supported by members of the St. Kitts and Nevis Defence Force and the St. Kitts and Nevis Customs and Excise Department, police said.