At least 64 people were injured and 173 buildings damaged, officials said, many in Abra province, just 11km (six miles) from the epicentre of the quake. Over 200 aftershocks have been recorded in the area, according to the state seismology agency, and 58 landslides were also reported in the aftermath.

“Despite the sad reports about the damages caused by the earthquake, we are assuring quick response to those in need and affected by this calamity,” President Ferdinand Marcos Jr said on Facebook.

The quake hit close to the Marcos family’s political stronghold.

A hospital in Abra province was evacuated after the building partially collapsed but there were no casualties reported there, officials said.

Abra’s vice governor, Joy Bernos, posted photos of the damaged Abra hospital on her Facebook account, which showed a gaping hole in its facade.

Other photos showed hospital beds, including one with a patient, being wheeled across a road and evacuated hospital staff. 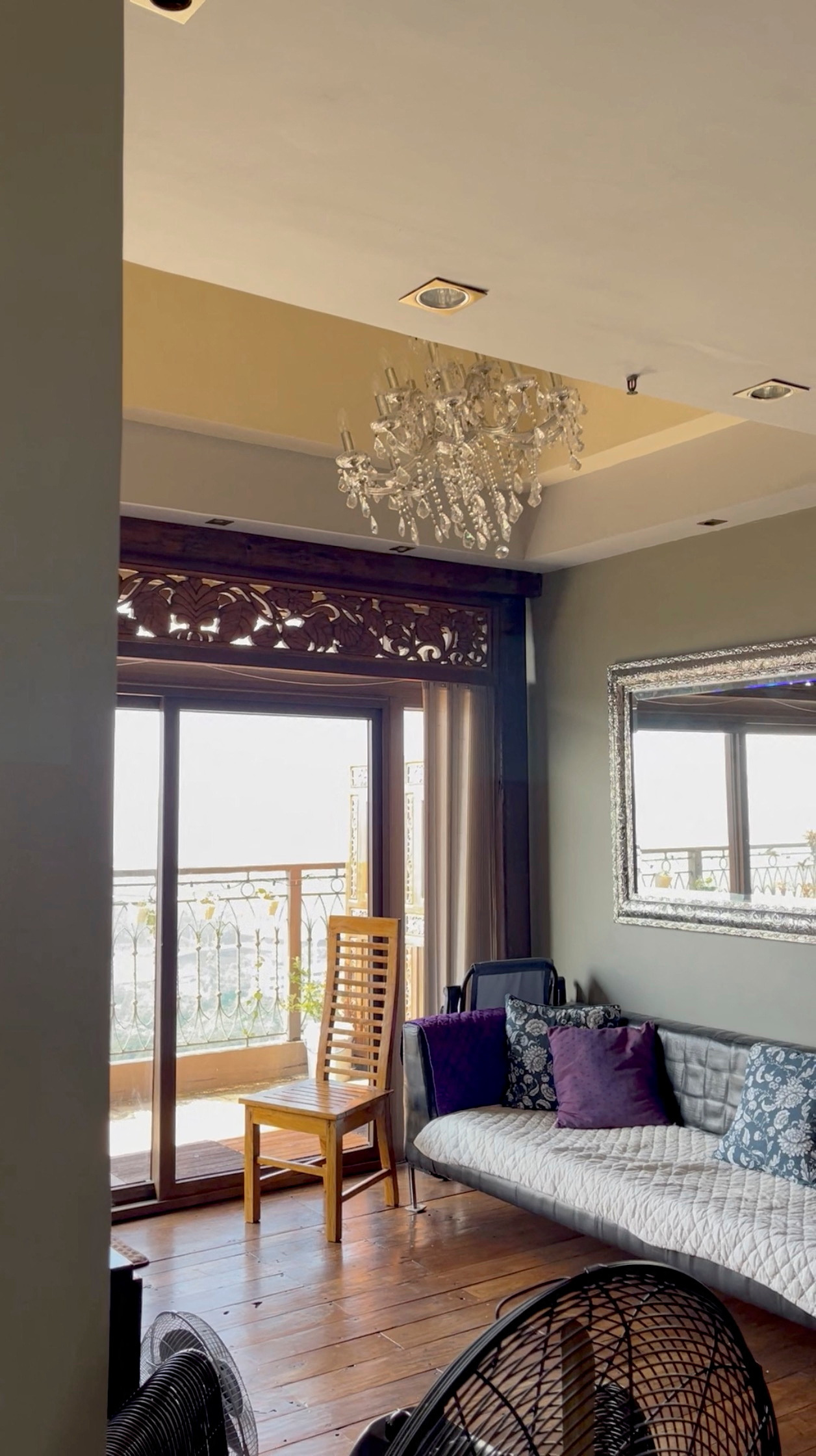 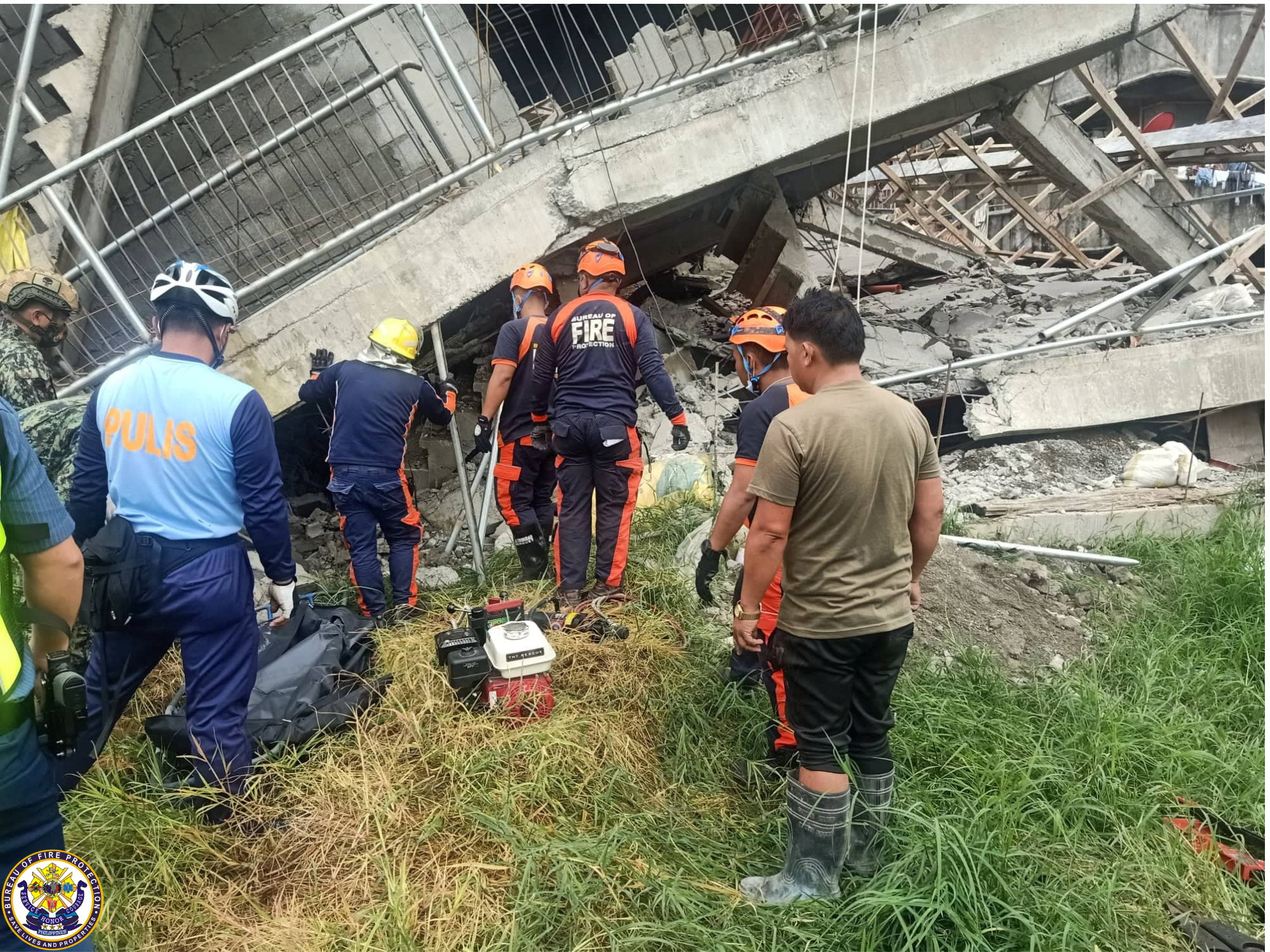 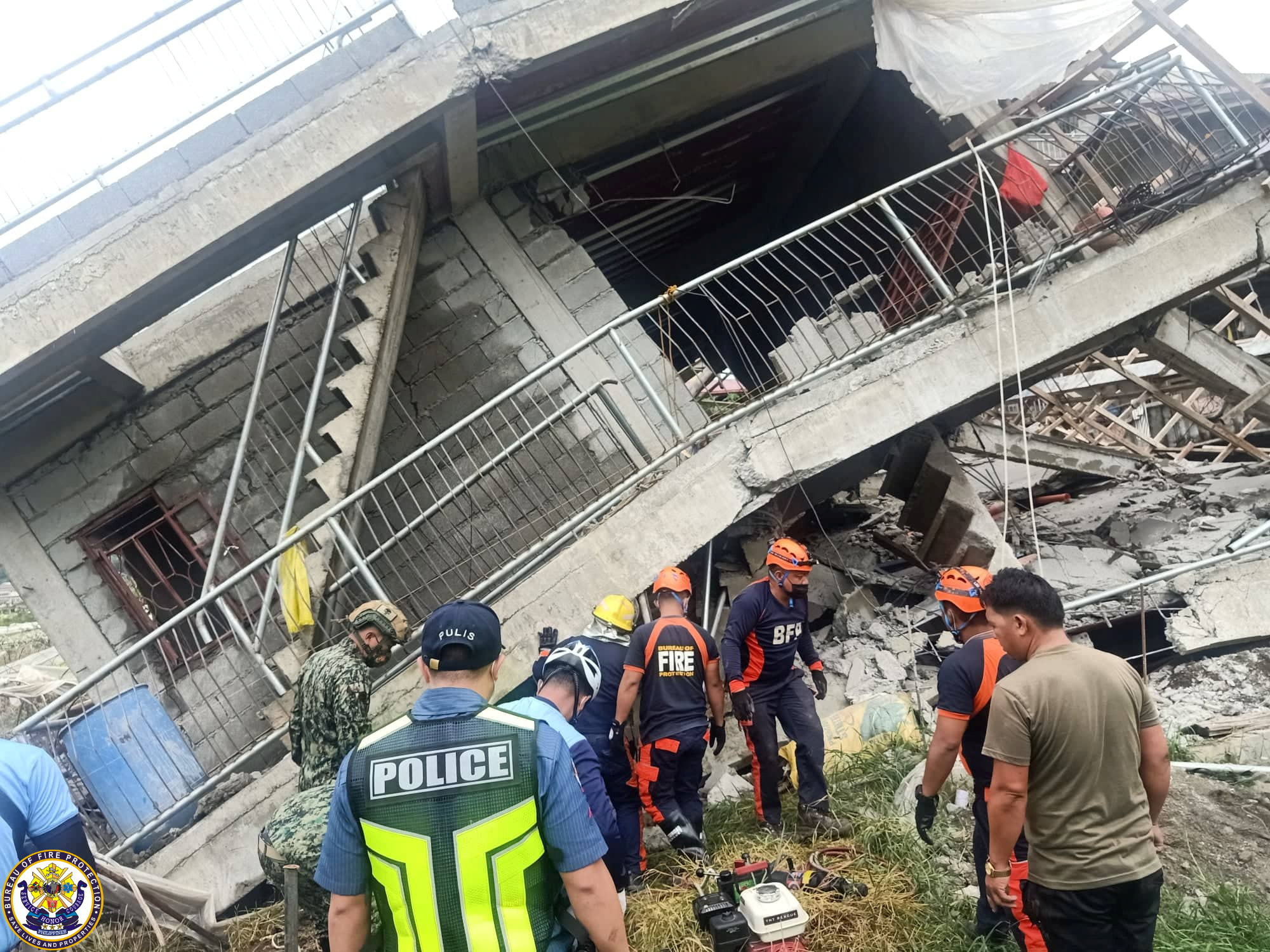 Emergency crew engages in rescue activities outside a building that collapsed during the earthquake, in La Trinidad, Benguet, Philippines July 27, 2022. Public Information Service-Bureau of Fire Protection /Handout via REUTERS

Abra, home to nearly 250,000 people, is a landlocked province in the northern Philippines. Its deep valleys and sloping hills are enclosed by rugged mountains.

The Philippines is prone to natural disasters and is located on the seismically active Pacific “Ring of Fire”, a band of volcanoes and fault lines that arcs round the edge of the Pacific Ocean. Earthquakes are frequent and there are an average of 20 typhoons each year, some triggering deadly landslides.

Eric Singson, a congressman in Ilocos Sur province, also in the north, told DZMM radio station the quake had been felt strongly there and lasted 30 seconds or more.

“I thought my house would fall,” said Singson. “Now, we are trying to reach people …. Right now there are aftershocks so we are outside our home.”

The quake damaged heritage buildings in the northern city of Vigan, known for its old Spanish colonial architecture, on the west coast of Luzon.

Tourist Edison Adducul told radio he was taking photos of the Bantay Church Bell tower in Vigan when the quake struck, shaking the tower for up to three minutes.

Vigan’s normally busy streets were deserted on Wednesday evening and shops, hotels and businesses remained closed. Many of the streets had been cleared of debris.

“The antique bricks and coral stones fell down from the Bantay Bell Tower,” she said.

The quake was also felt in Manila where several buildings were evacuated, with some people forced to flee from the 30th floor of one building, and the city’s metro rail systems were halted at rush hour.