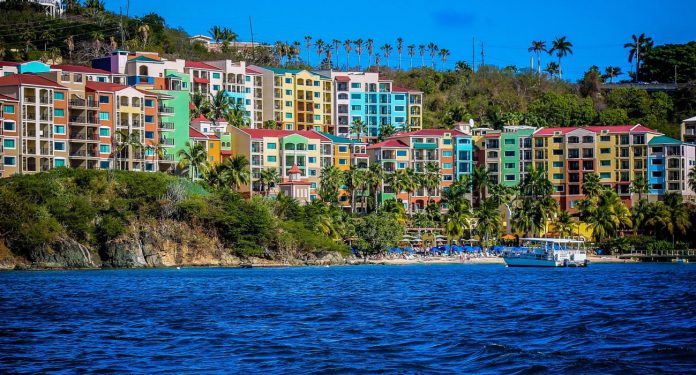 (Bloomberg) — Puerto Rico’s economy has shown considerable signs of improvement after the hit from hurricanes Irma and Maria two years ago, while the U.S. Virgin Islands economy remains “mired in a deep slump.”

That’s the finding in new report by the Federal Reserve Bank of New York, which found that the compositions of those territorial economies helps explain their contrasting economic performances.

“While Puerto Rico’s economy is fairly diversified, with some sizable industries engaged in manufacturing, business services, and so forth, the Virgin Islands’ economy is much more based on tourism,” research officer Jason Bram wrote in a report released Wednesday. Both territories are part of the reserve bank district, plus New York State, southwestern Connecticut, and northern New Jersey.

Recovery in tourism-related industries like leisure and hospitality, which were the most devastated by the storms, has been particularly uneven as the Virgin Islands has been slowest to come back, Bram said. Employment in the industry — a key driver for the Virgin Islands economy in particular — is especially depressed there though also below pre-storm levels in Puerto Rico.

“In contrast, Puerto Rico’s professional and business services sector has seen substantial job gains since the hurricane,” Bram said, noting that employment in that sector has been at record highs.

What’s more, hotels in Puerto Rico re-opened much more quickly than their counterparts in the tourism-dependent Virgin Islands after the storms passed trough just days apart in September 2017. As of mid-2018, about 90% of Puerto Rico lodging had reopened versus 60% in the Virgin Islands.

Bram said the lack of economic diversity in the Virgin Island coupled with a 45% increase in the minimum wage from early 2016 through June 2018 “may have exacerbated the disruptive employment effects of a natural disaster like the one-two punch of Irma and Maria.”